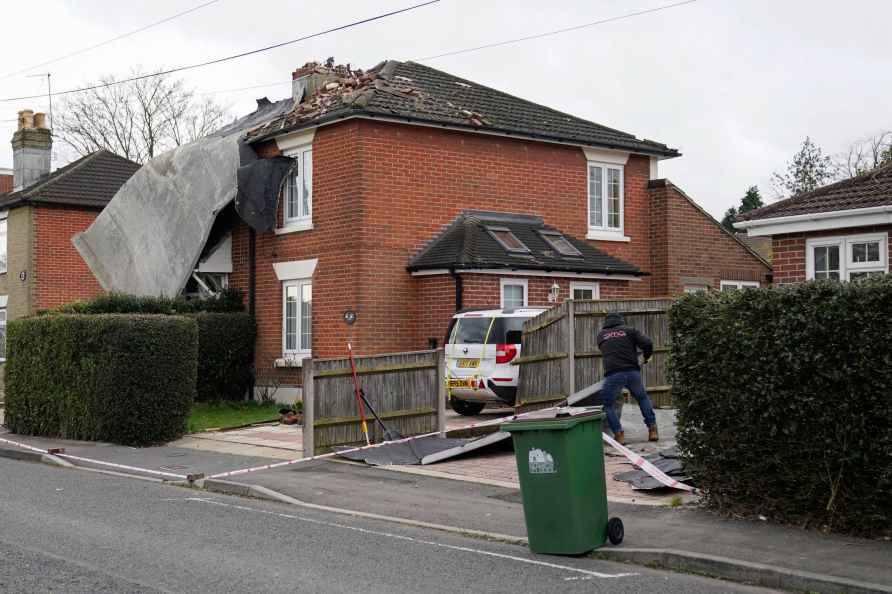 Tokyo, Sep 17 : The Japan Meteorological Agency (JMA) said on Saturday that it is ready to issue a special typhoon warning for some areas in the Kyushu region as an "unprecedented" storm is expected to approach. Large and powerful typhoon Nanmadol is forecast to make landfall in Kagoshima and bring record rain to the prefecture and nearby areas, with the JMA calling for maximum vigilance as damaging winds and high waves are expected, possibly triggering landslides and flooding, reports Xinhua news agency. The JMA said it may issue the most serious typhoon alert as early as Saturday evening for Kagoshima and other areas in Kyushu, which would be the first such alert for Japanese prefectures apart from Okinawa. The director of forecasts at the weather agency said that the typhoon had rapidly intensified since Friday night and become a dangerous storm like people have never experienced before. As of Saturday afternoon, Nanmadol, rated as large in scale and violent, was about 200 km east of Minamidaito island and moving northwest at 10 km per hour. It was carrying winds near its centre of 198 km per hour with maximum gusts of up to 270 km per hour, with an atmospheric pressure of 910 hectopascals at its centre. /IANS

IIT Mandi develops method to assess earthquake-prone structures in Himalayas
Mandi, Nov 25 : Researchers at the Indian Institute of Technology (IIT) Mandi have developed a method to assess the ability of buildings in the Himala