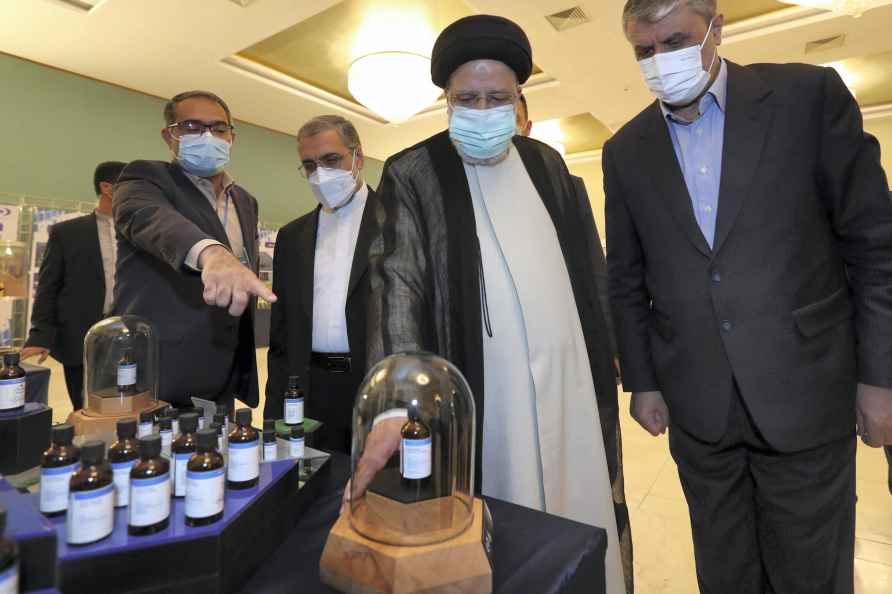 Tehran, Sep 17 : Iranian President Ebrahim Raisi said to make progress in the ongoing nuclear talks, the removal of US sanctions on Iran should be accompanied by guarantees and the resolution of safeguards issues, official IRNA news agency reported. He made the remarks in an interview with Al Jazeera news channel in the Uzbek city of Samarkand on Thursday evening, stressing the Iranian government is determined to protect the rights of its people, Xinhua news agency reported. Speaking of possible direct talks with the US, Raisi on Friday added that "direct negotiations with the US on a (possible) nuclear deal is of no use, and the US should take trust-building measures with Iran". The Iranian President questioned Washington's recent move to impose fresh anti-Iran sanctions, saying that if the US is seeking an agreement with Iran, "why does it impose new sanctions amidst the nuclear negotiations?" Over the past week, Washington has announced sanctions on a number of Iranian nationals and companies as well as the Iranian Ministry of Intelligence. Iran signed the JCPOA with world powers in July 2015, agreeing to curb its nuclear programme in return for removing sanctions on the country. However, former US President Donald Trump pulled Washington out of the agreement and reimposed unilateral sanctions on Tehran, prompting the latter to drop some of its commitments under the pact. The talks on the JCPOA's revival began in April 2021 in Vienna but were suspended in March this year because of political differences between Tehran and Washington. The latest round of the nuclear talks was held in the Austrian capital in early August after a five-month hiatus. On August 8, the EU put forward its final text of the draft decision on reviving the JCPOA. Iran and the US later indirectly exchanged views on the EU proposal in a process that has failed to produce any favourable outcome. /IANS

Army foils infiltration bids, Pak resorts to drone terrorism; India reiterates pledge to reclaim PoK
New Delhi, Dec 1 : Terrorist handlers sitting across the Line of Control are finding it hard to keep the conflict alive in Jammu and Kashmir as the pr