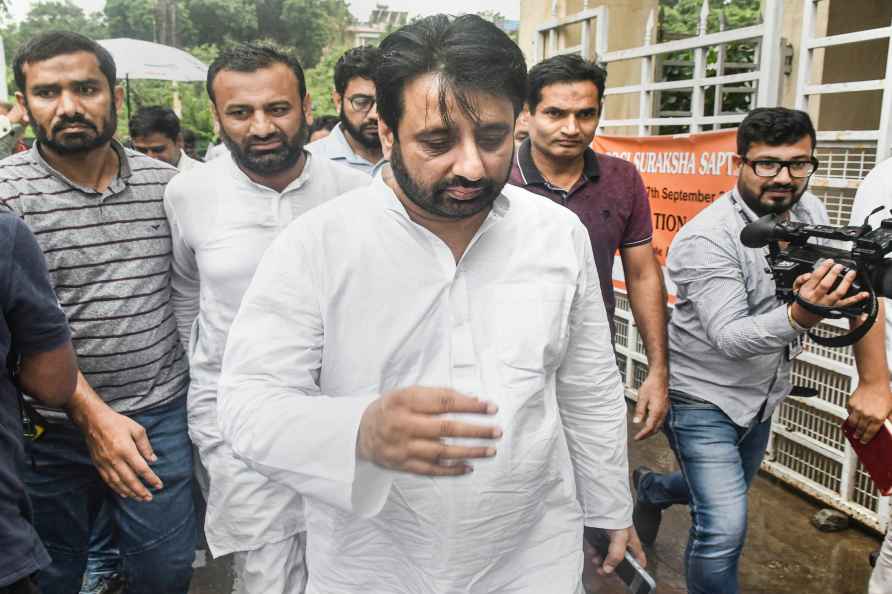 New Delhi, Sep 17 : The Anti-Corruption of Branch (ACB) of Delhi Police on Friday lodged two separate FIRs against the supporters of Delhi Wafq Board Chairman and AAP MLA Amanatullah Khan for attacking an ACP of the ACB and possessing illegal weapon and live cartridges. Earlier on Friday, Amanatullah was placed under arrest in connection with a case pertaining to financial misappropriation and other irregularities in the functioning of Delhi Waqf Board. It has been alleged that Amanatullah illegally recruited 32 persons, violating all norms and government guidelines. He has been accused of indulging in corruption and favouritism. The then CEO of Delhi Waqf Board had clearly given statement and issued memorandum against such illegal recruitments. Further, it was alleged that as Chairman of Delhi Waqf Board, Amanatullah rented out a number of properties of the board illegally. Amanatullah had also allegedly misappropriated funds of Delhi Waqf Board comprising grants in aid from Delhi government. "From the inputs received during questioning and on the basis of information gathered by the ACB, four locations were searched. From these locations, Rs 24 lakh in cash, two unlicensed weapons and live cartridges were recovered. Also, at one of the locations, the search team consisting of an ACP was attacked by the relatives and other known persons of Amanatullah," said Madhur Verma, Additional CP. ACB. The ACB has lodged two separate FIRs for attacking their team and creating ruckus during the search operation. /IANS