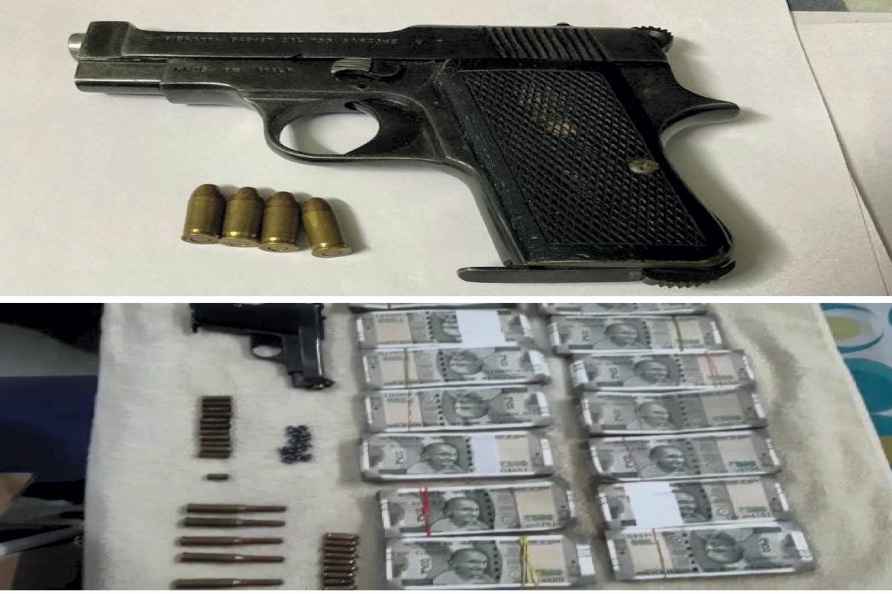 [**EDS: COMBO PHOTO** New Delhi: Combo photo of arms, ammunition and cash recovered from AAP MLA Amanatullah Khan's associates during a raid by Anti-Corruption Branch in connection with a two-year-old corruption case related to the Delhi Waqf Board, in New Delhi, Friday, Sept. 16, 2022. ( /PTI] New Delhi, Sep 16 : The Anti-Corruption Branch (ACB) on Friday conducted raids at four different premises belonging to associates of Aam Aadmi Party MLA Amanatullah Khan, and recovered a gun, live cartridges and cash. Sources said that the aide of Amanatullah failed to produce a licence for the gun seized in the raid. "The gun, live cartridges and cash to the tune of Rs 12 lakh have been recovered from the premises of Hamid Ali, an associate of Amanatullah," said the source. On Thursday, Amanatullah was summoned by the ACB to join the investigation in connection with an ongoing probe into criminal conspiracy and criminal breach of trust by public servants. Sources said the case is related to alleged corruption in the Waqf Board. As Amanatullah is the chairman of the board, he was made an accused in the case. /IANS