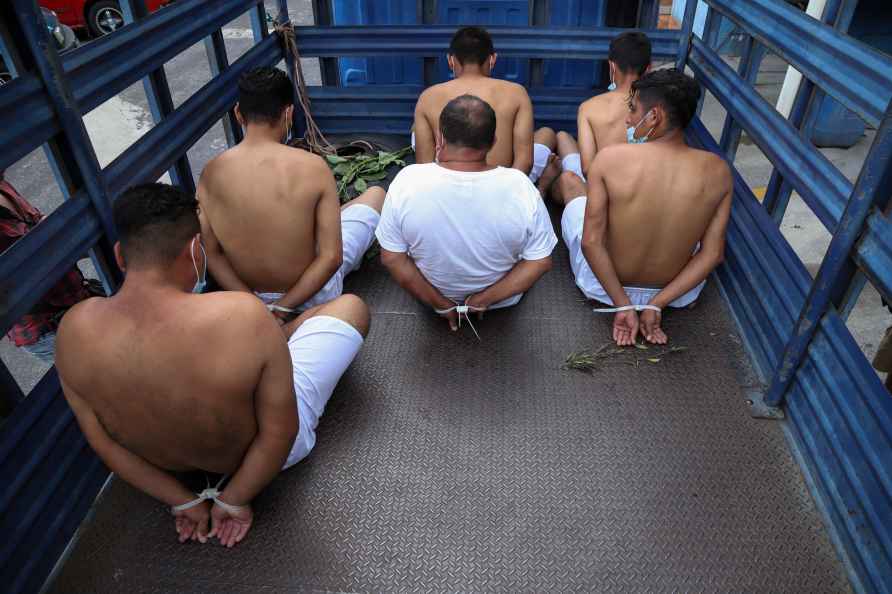 Chennai, Sep 14 : Tamil Nadu forest officials are interrogating four people who were held by the Naxalite (Maoist) Special Division of the Erode district police after a tip-off that elephant tusks were being smuggled to Karnataka from Bagur hills. The team held K. Chandrashekar, 45, of Kavundapadi with four tusks in a gunny bag at the Thamaraikkarai area. On questioning, he revealed that the tusks were given to him by Rasu, 37, of Varattupallam check post, Subbu, 38, of Kalvarai, Sellappan, 35, of Thamaraikarai, and Mahendran of Eratti. The police arrested all three except Subbu who is absconding and handed them over to the Forest Department officials. Forest officials said that they are interrogating the arrested to ascertain whether they had taken the tusks after killing elephants or whether they had got the tusks from other people. All four were produced before the judicial magistrate's court and sent to judicial custody. /IANS

Fayez Ahmed alKuwari poses with the trophy and a money prize after winning with his family of camel owners the first prize at a camel pageant at the Qatar camel Mzayen Club, in Ash- Shahaniyah, Qatar, […]