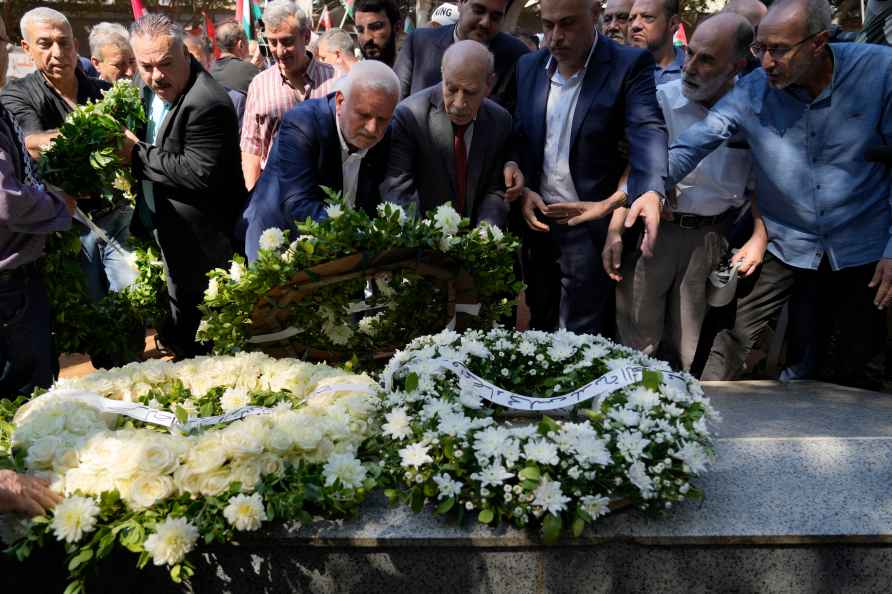 Palestinian ambassador to Lebanon Ashraf Dabbour, center left, lays a wreath on a memorial monument with other Lebanese and Palestinian officials, as they commemorate the 40th anniversary of the Sabra and Shatila massacre, at the mass grave where the massacre's victims buried, in Beirut, Lebanon, Friday, Sept. 16, 2022. During the Israeli's invasion of Lebanon in 1982, Palestinian men, women and children were massacred by forces identified as Lebanese Christian militiamen in west Beirut's Sabra and Shatila refugee camps. The official toll is 328 confirmed killed, 991 missing. /AP-PTI

Jaipur, Dec 1 : Bharatiya Janata Party (BJP) president J.P. Nadda is scheduled to visit Jaipur on Thursday (December 1) to flag off the chariots for the party's 'Jan Aakrosh Yatra'. Nadda would […]