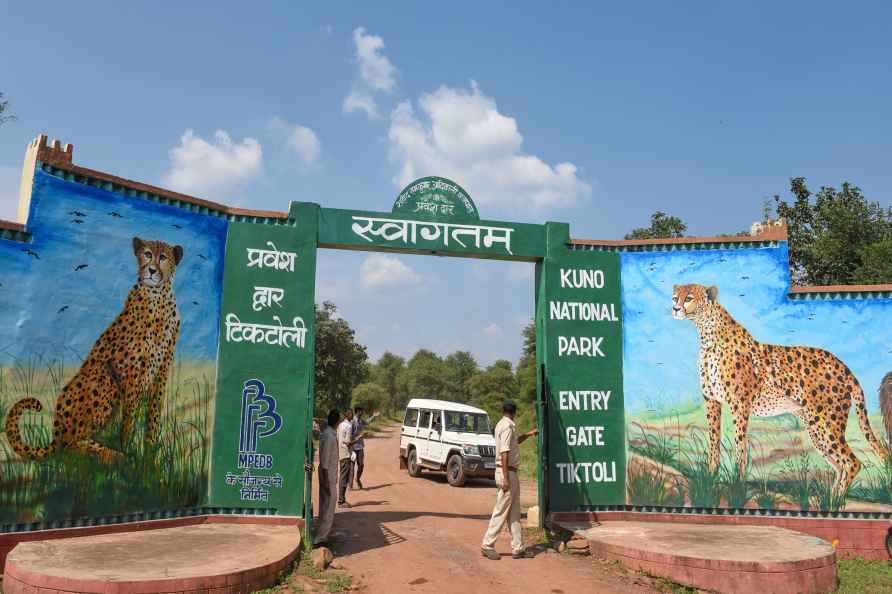 [Sheopur: Preparations underway at the Kuno-Palpur National Park where Prime Minister Narendra Modi will release cheetahs brought from Namibia on Sept. 17, in Madhya Pradesh's Sheopur district, Friday, Sept. 16, 2022. ( /PTI] Jaipur, Sep 16 : In a last-minute change of plan, it was decided that the special cargo plane carrying eight cheetahs from Namibia will land in Gwalior instead of Jaipur on Saturday (September 17). After landing at Gwalior, the animals will be taken to the Kuno National Park in Madhya Pradesh's Sheopur, said officials. The eight cheetahs -- five females and three males -- are being brought from Namibia's capital Windhoek to Gwalior airport in a customised Boeing 747-400 aircraft, officials said. Earlier, it was decided that the Boeing carrying the cheetahs will land at Jaipur and from Jaipur, they will be flown to the Kuno National Park. However, the plan was changed. As per the plan, Prime Minister Narendra Modi will release these cheetahs in the national park amid much fanfare as these will be the first cheetahs in the country after they went extinct 70 years ago. /IANS