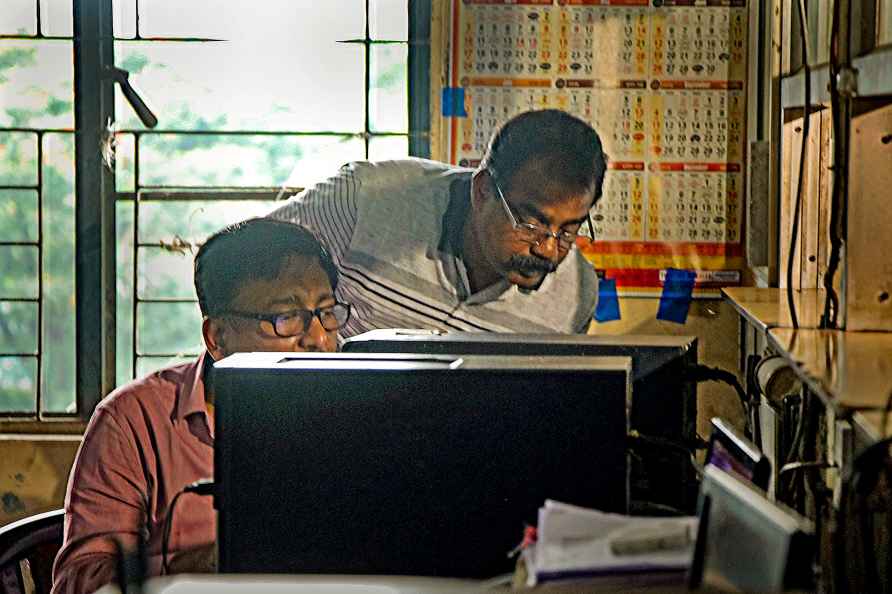 Kolkata, Sep 14 : Two businessmen, based in Bolpur in West Bengal's Birbhum district, on Wednesday told the CBI that they have provided cash and costly vehicles to Trinamool Congress strongman and party's district President, Anubrata Mondal, who was arrested over his alleged involvement in the multi-crore cattle smuggling scam. Rajib Bhattacharya, owner of a number of rice mills in Birbhum district, reached the Central Bureau of Investigation's (CBI) temporary camp office for questioning and said that he made a payment of Rs 66 lakh to Mondal, which he also mentioned in his income tax returns details. Later while coming out of the CBI camp office after three hours of questioning, he told waiting media persons the same. "Anubrata Mondal asked for Rs 66 lakh for the treatment of his wife, which I provided. I am yet to get back that money. I have informed the CBI officials about this," Bhattacharya said. The other businessman, questioned by the CBI sleuths on Wednesday, was Maloy Peet, owner of a private polytechnic college and a private medical college at Bolpur. Recently, when the CBI sleuths raided Bolpur- based Bhole Byom Rice Mill, reportedly owned by Mondal's daughter, Sukanya Mondal, they traced two high-end SUVs registered with two governing trusts under which the private polytechnic college and the private medical college operate. In the integration, Peet admitted to the CBI sleuths that he gave the two SUVs to Mondal for his use. Later he told media persons that since Mondal is an influential person and without his assistance, it was impossible to run the medical and polytechnic colleges at Bolpur, he had, hence, agreed to provide the two vehicles. However, sources said that the CBI sleuths suspect that much of the proceeds of cattle smuggling had been routed to finance these two private colleges. However, Peet, so far, has denied this allegation. /IANS