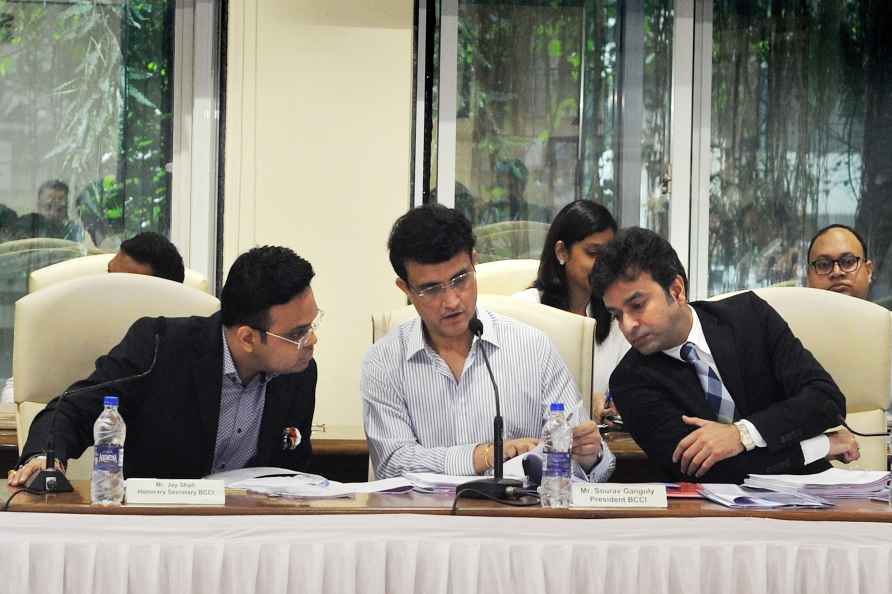 New Delhi, Sep 14 : The Supreme Court on Wednesday allowed the Board of Control for Cricket in India's (BCCI) plea in connection with the amendments proposed to its constitution to relax the cooling-off period requirement. The cooling-off period for office bearers will kick in after two consecutive terms at either the BCCI or at the state association level. The office bearers can now have a maximum of 12 years at one go: two three-year terms at the state association level and two three-year terms at the BCCI, and after this, the cooling-off will be applicable. Solicitor General Tushar Mehta, representing the BCCI, submitted before a bench of Justices D.Y. Chandrachud and Hima Kohli that clause 6 as approved by the top court indicates that a person who has competed one term at the state cricket association level followed by one term at the BCCI would have to undergo a three-year cooling off period. Therefore, the cooling off-period would come into effect after only one term at the BCCI. Mehta had submitted before the bench that three years is a very short time period to prove leadership qualities to take the sport forward, and urged this provision, in the existing constitution, be modified to reflect that it comes into effect after an office-bearer has completed two consecutive terms. On this existing cooling-off period rule, the top court said it is unduly stringent and needs to be modified with regard to the purpose with which cooling-off periods were introduced. The proposed amendment enables the current President Saurav Ganguly and Secretary Jay Shah to seek a second term at BCCI. According to the unamended clauses, they would have attracted disqualification - they have completed one term each at the state association and the BCCI. The top court noted submissions from senior advocate Maninder Singh, amicus curiae in the matter, that there was no justification in confining the cooling-off period to the President and Secretary, and it should extend to all office-bearers at the BCCI. "We're of the view that the proposed amendment would not dilute the spirit and object of the cooling-off period, if implemented after an individual has completed two terms at either BCCI or state federations. We, therefore, accept this amendment," said the bench. During the hearing, the bench noted that a 12-year total term across BCCI and state associations would be possible as administrators, and state association office bearers can escape the cooling-off after switching to the BCCI. The bench said to address this concern, it can say that after two terms at state association, there should be a cooling-off period. Mehta emphasised that a BCCI office-bearer post is not a largesse but there is an election and they have to win the confidence of voters. The bench said after completing two consecutive terms, the cooling off period should be uniformly applied at both BCCI and state association level. It remarked that the judges are not cricketers and regulating the affairs of an autonomous body, they must give them leeway so long as they aren't going against the spirit of the top court's judgment. The BCCI sought to amend its constitution concerning the tenure of its office bearers including its President and Secretary by doing away with the mandatory cooling-off period between tenures of office bearers across state cricket associations and the BCCI. The top court had accepted reforms in the BCCI recommended by the Justice R.M. Lodha-led committee. /IANS