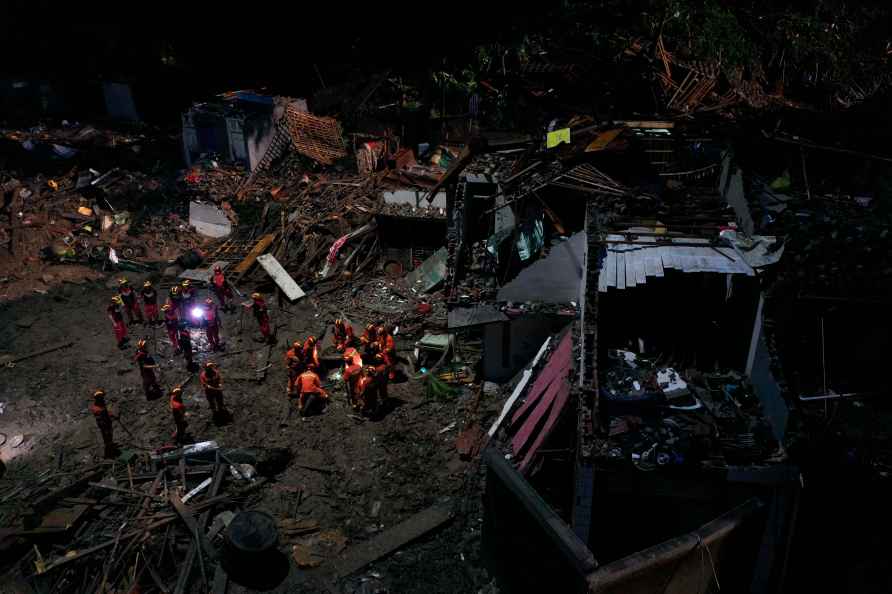 Shanghai, Sep 14 : Shanghai on Wednesday upgraded its typhoon emergency response to Level III, the third-highest, as Muifa, the 12th typhoon this year, moves closer. The municipal flood control and typhoon and drought relief headquarters raised the response level at 7 a.m. Wednesday, according to the flood control office of Shanghai. As of Wednesday morning, more than 1,900 ships had returned to port, and two tourist attractions and two parks had been temporarily closed, reports Xinhua news agency. The city had also assigned personnel to inspect dikes, construction sites and other areas as Shanghai braced for the typhoon. In China's Zhejiang province, the local flood control and typhoon and drought relief headquarters upgraded the emergency response to Level I, the highest level,on Tuesday afternoon. A total of 11,680 fishing boats had returned to port in the province by Tuesday noon. More than 719,800 people had been evacuated to safe places by Wednesday morning. Muifa was observed over the ocean 185 km southeast of Xiangshan county in Zhejiang province at 10 a.m. Wednesday. It is expected to move northwestward at a speed of 20 to 25 km per hour, China's National Meteorological Centre said in a statement. The typhoon will make the first landfall in coastal areas between Sanmen county and Zhoushan, Zhejiang province around nightfall. The second landfall is expected between the coastal areas of Jiaxing city in Zhejiang and Shanghai's Pudong district on Wednesday evening, according to the forecast. /IANS

Dry, cold weather likely in J&K, Ladakh
Srinagar, Dec 1 : Weather was cold and dry in J&K and Ladakh during the last 24 hours as the Meteorological (MeT) office said on Thursday that dry wea

2022 France's hottest year on record
Paris, Dec 1 : No matter the temperatures December will bring, 2022 is on pace to be the hottest year in France since records began, the French nation