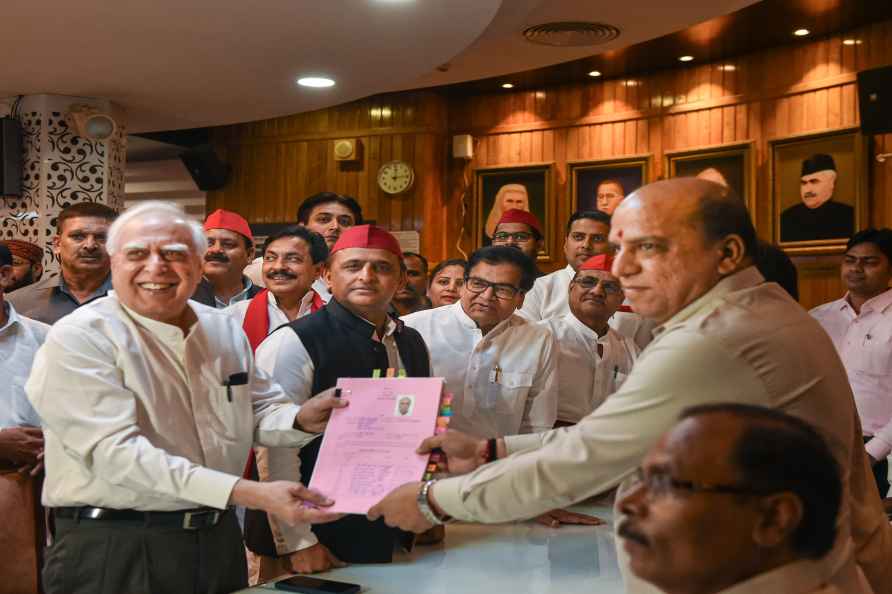 Lucknow, Sep 14 : The Yogi Adityanath government, on Wednesday, thwarted the Samajwadi Party's dharna in protest against various issues concerning the people. The SP had announced that its MLAs would hold a four-hour dharna from Wednesday to Sunday in front of Chaudhary Charan Singh's statue in the Vidhan Bhawan. As soon as the SP MLAs collected at the Samajwadi Party office on Wednesday morning, the police barricaded the entire area. SP president Akhilesh Yadav was prevented from coming out of his house while other senior leaders were also confined to their homes. SP MLAs, carrying red and black placards denouncing the government's failures, shouted slogans and indulged in scuffle with the police personnel. They were later bundled into vans and taken to the Eco Garden. "They will be allowed to go home later in the day," the police spokesman said. /IANS