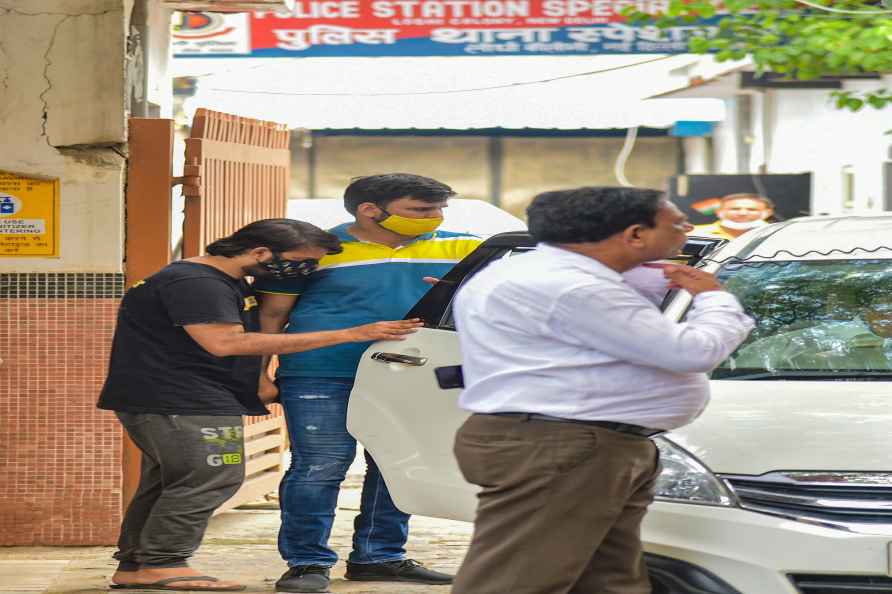 Aligarh (UP), Sep 14 : Three men were arrested for allegedly gang-raping a 13-year-old girl in this Uttar Pradesh district, police said on Wednesday. A woman, who is the survivor's neighbour and also an accomplice in the crime, was also arrested. The matter came to light after the girl's mother filed a police complaint in the case at the Harduaganj police station. In her complaint, the woman alleged that the accused, who had also filmed the act, threatened to circulate the video across social media platforms if she dared to tell anyone about the crime. DSP Vishal Kumar said: "On basis of the complaint received from the victim's family, an FIR has been registered against three men and a woman under IPC sections 376D (gangrape), 506 (criminal intimidation), 342 (wrongful confinement), 120-B (criminal conspiracy) and sections of the POCSO Act. The entire matter is being investigated in detail." According to the FIR, the 13-year-old was taken and locked in a room by the accused woman at her home on Sunday afternoon, where three accused men allegedly gang-raped her. They also filmed the crime and let her go home in the evening, the officials said. The victim's mother said: "We had approached the nearby police outpost on Sunday to file a complaint but policemen there pressured us to reach a compromise with the accused. However, when the matter came to the notice of senior officials, they registered an FIR in the case." They were arrested late on Tuesday night, the officials said, adding that further investigation is underway. /IANS

Minor gang raped in Aligarh, 4 held
New Delhi, Jan 28 : A 25-year-old man has been arrested for allegedly harassing and extorting money from a woman on Instagram after befriending her an

New Delhi, Jan 28 : A 25-year-old man has been arrested for allegedly harassing and extorting money from a woman on Instagram after befriending her and forcing her to strip on video call, the police s […]