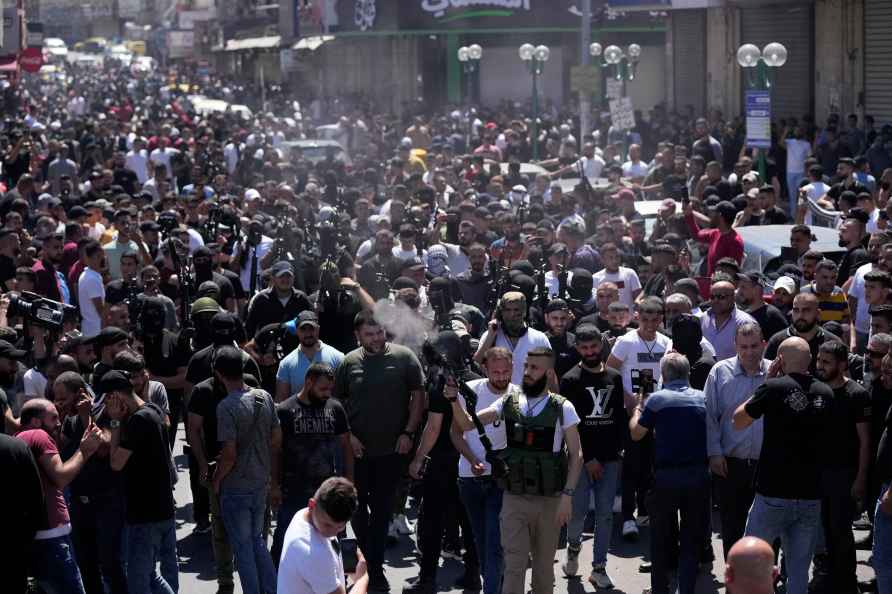 Gaza, Sep 14 : Dozens of Palestinians rallied in western Gaza against an Israeli blockade imposed on the Palestinian enclave for more than 15 years. During the rally, which was organised on Tuesday by several Palestinian factions including Gaza's ruling faction Hamas, demonstrators demanded the Palestinians' right to natural resources, mainly the gas fields discovered in 2000 off the coast of the Gaza Strip. They waved Palestinian flags and carried banners in both Arabic and English that read, "It is our right to travel freely and with dignity" and "Our gas is our right". "The ongoing Israeli siege on Gaza has deprived thousands of students of freedom of movement and thousands of patients of their right to medical treatment," Suhail al-Hindi, a senior Hamas member, told the rally. He called for efforts to put pressure on Israel to lift the siege on the Gaza Strip and uphold the Palestinians' right to exploit their natural resources, Xinhua news agency reported. "Israel continues to deprive Gazans' rights to natural resources, communicating with the world through a sea corridor, and building a port and an airport," Al-Hindi said. Later, dozens of boats carrying flag-waving Palestinians held a sea march, with drones belonging to armed Palestinian factions flying around to protect them. A gas field 36 km west of Gaza city was discovered in 2000, but no major progress has been made in its development and exploitation so far. Israel has maintained a land, air and sea blockade on the Gaza Strip since Hamas violently took over the territory from the Palestinian Authority in 2007. /IANS