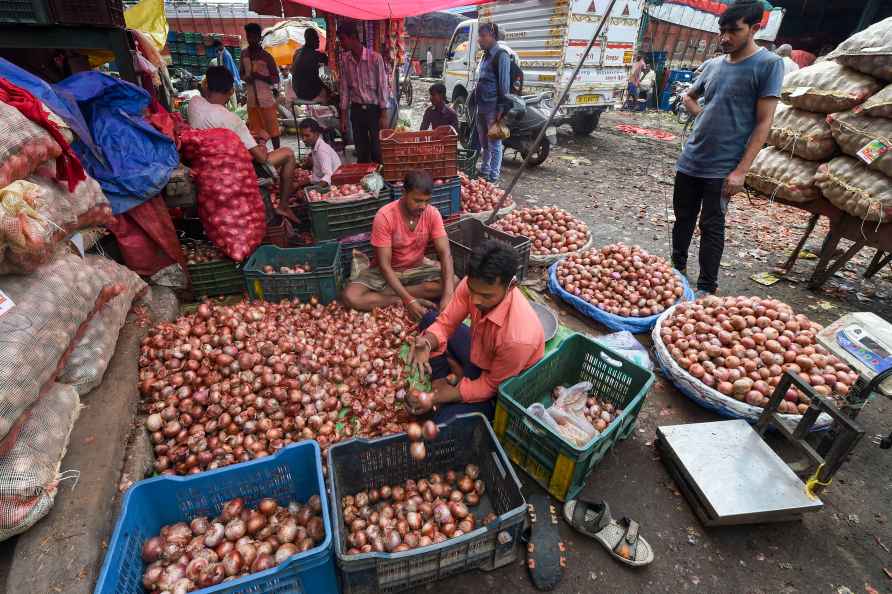 New Delhi, Sep 12 : India's retail inflation in August 2022 rose to 7 per cent, up from 6.71 per cent in July, mainly due to high food prices, according to data released by the Ministry of Statistics and Programme Implementation. Food inflation for August stood at 7.62 per cent, a steep rise over 6.75 per cent recorded in July. In June, retail inflation had stood at 7.01 per cent while in July, it had fallen marginally to 6.71 per cent. Now in August it has again risen to 7 per cent due to rise in prices of vegetables, cereal, milk, clothing, footwear, and housing. This is the eighth consecutive month when retail inflation, which is measured on consumer price index (CPI), has remained above Reserve Bank of India's (RBI) tolerance level of 6 per cent. A poor monsoon, especially in northern India, has led to shortage of crops like wheat and rice, leading to the government imposing a ban on their export. This has led to high food prices, which has reflected in rising retail inflation. /IANS