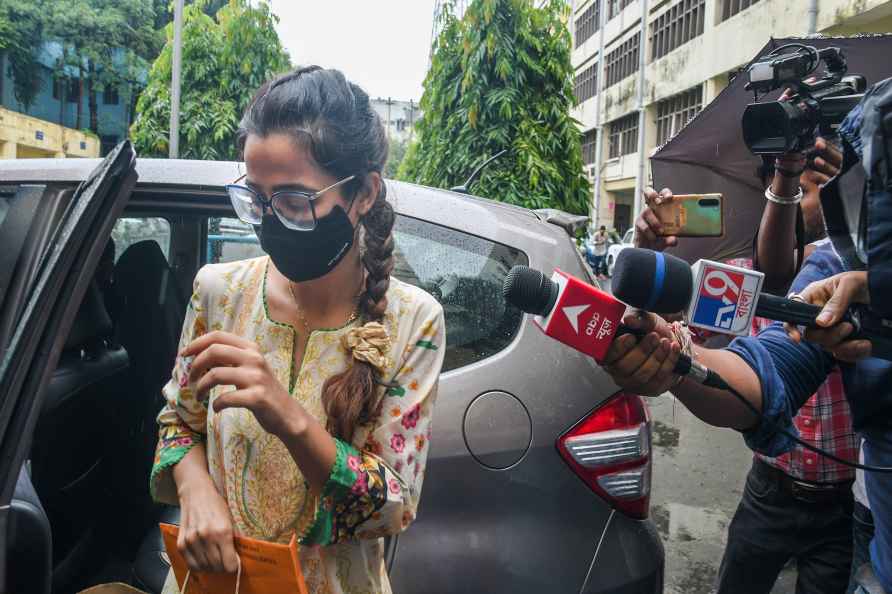 Kolkata, Sep 12 : Honouring the Enforcement Directorate (ED)'s fresh summons, Maneka Gambhir, the sister-in-law of the Trinamool Congress national general secretary Abhishek Banerjee, on Monday appeared before the probe agency at its Salt Lake office in connection with the coal smuggling scam case. In the fresh notice, Gambhir was asked to be present at the ED's office by 12.30 p.m. She reached the CGO complex in her Land Rover Defender at 12.40 p.m and walked straight to the ED office escorted by the central armed forces personnel deputed there. She is being questioned by ED officials in connection with the multi- crore coal smuggling scam. Adhering to timing mentioned in the summons, Gambhir reached the agency's office at 12.30 a.m. only to realise that it was a typing error by the officials. In the notice, the timing of appearance was mistakenly mentioned as "12.30 a.m. on September 12, 2022." Later, this Monday morning, she was served a fresh notice asking her to appear at the central agency's office by 12.30 p.m today. Her questioning has already started. /IANS