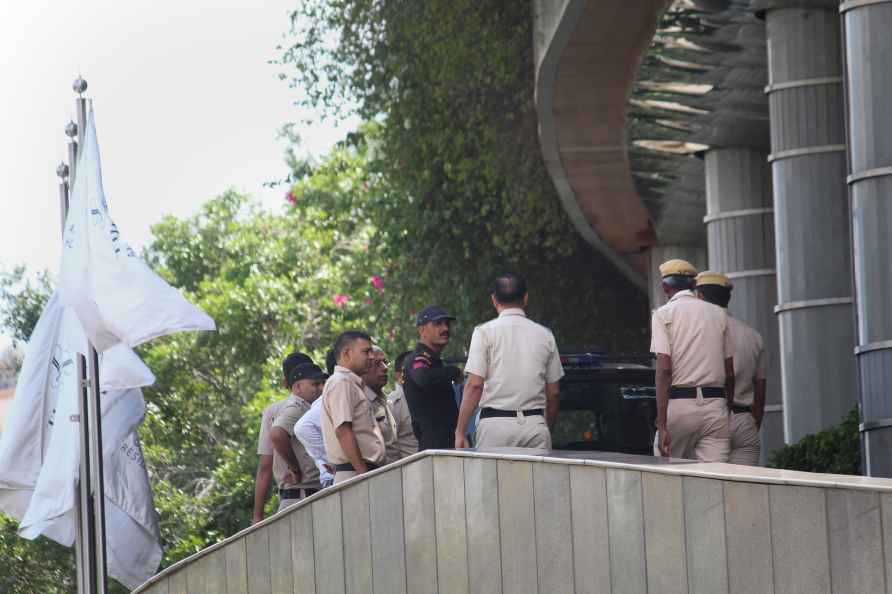 [Gurugram: Police and the bomb disposal squad inspect a five-star hotel that received a bomb threat call, in Gurugram, Tuesday, Sept. 13, 2022. The bomb disposal squad and the police are inspecting the surrounding areas. ( /PTI] Gurugram, Sep 13 : The Leela Ambience Gurugram, a five-star hotel, received a bomb threat call, triggering panic at the premises, sources said. An unidentified person called the hotel's reception desk at around 11.55 a.m. "It was a male voice that said a bomb will explode in the (Ambience) mall," the sources said. The police were immediately alerted after which a dog squad and Bomb Detection and Disposal Squad (BDDS) rushed to the spot and evacuated people from the hotel. The BDDS checked the entire hotel and its surroundings and a search operation is currently underway, the police said. The hotel also increased the number of security staff after receiving the call. /IANS