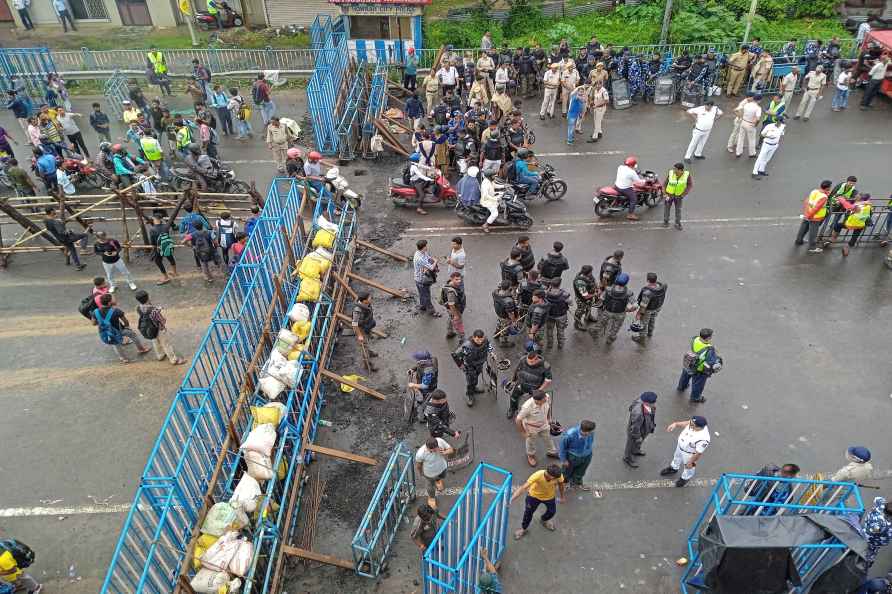 Howrah: Security personnel stand guard near barricades, put up to stop BJP supporters from taking part in the party's 'Nabanna Abhijan' (march to secretariat), at Santragachi in Howrah district, Tuesday, Sept. 13, 2022. The rally is organised to protest against alleged corrupt practices of the TMC government. ( /PTI

New Delhi, Jan 28 : A 25-year-old man has been arrested for allegedly harassing and extorting money from a woman on Instagram after befriending her and forcing her to strip on video call, the police s […]