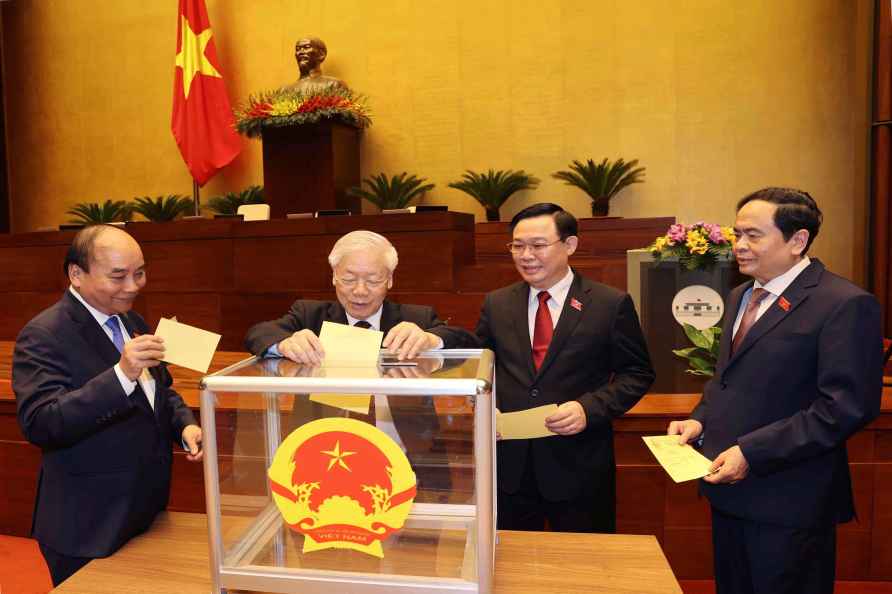 Phnom Penh, Sep 12 : Cambodia's National Assembly President Heng Samrin on Monday embarked on a trip to the neighbouring countries of Vietnam and Laos, according to an official statement. During his visit to Vietnam from Monday to Wednesday, Samrin will meet Vuong Dinh Hue, chairman of Vietnam's National Assembly, and pay courtesy calls on General Secretary of the Communist Party of Vietnam Central Committee Nguyen Phu Trong, President Nguyen Xuan Phuc and Prime Minister Pham Minh Chinh, Xinhua news agency quoted the statement as saying. The top Cambodian legislator will then be in Laos from Wednesday to Friday, where he will pay courtesy calls on President Thongloun Sisoulith and Prime Minister Phankham Viphavanh. He will also meet other senior Lao legislators. "The visits are to strengthen and expand friendship and cooperation between Cambodia and Vietnam, as well as between Cambodia and Laos," said Leng Peng Long, secretary general of Cambodia's National Assembly. /IANS