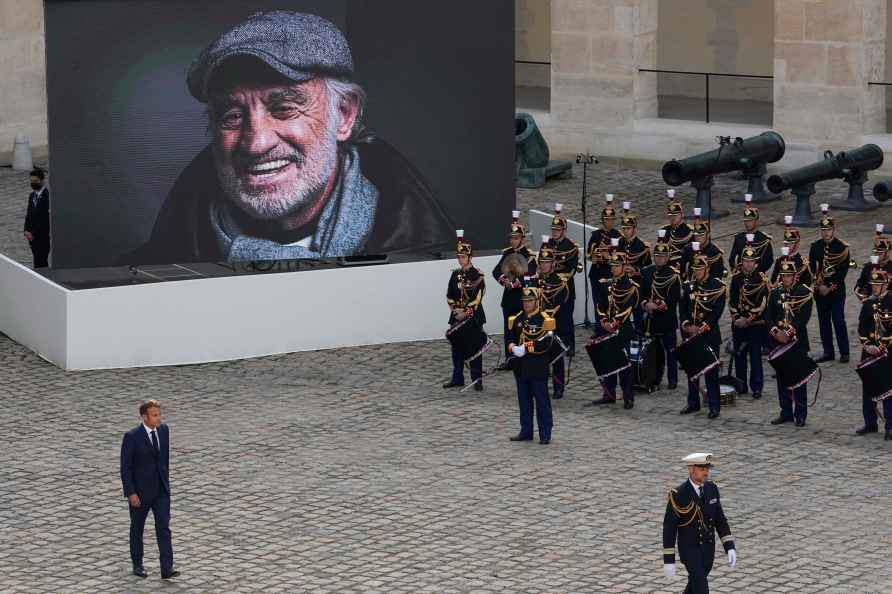 Mumbai, Sep 12 : Actor Tom Hanks, who plays Geppetto the woodcarver who builds and treats Pinocchio, was praised by 'Pinocchio' director Robert Zemeckis. Talking about his experience and love for actor Hanks, Zemeckis says" "Tom is the greatest living actor in the movie business, and it's always fun to see Tom bring a character to life. his portrayal of Geppetto is spot on, wonderful and very warm. Tom can do anything. He brought more to the role than I ever could have imagined." The live-action film retells the tale of a wooden puppet who embarks on a thrilling adventure to become a real boy. The film stars Tom Hanks, Benjamin Evan Ainsworth, Joseph Gordon-Levitt, Keegan-Michael Key, Lorraine Bracco, with Cynthia Erivo and Luke Evans. The screenplay for 'Pinocchio' is by Robert Zemeckis and Chris Weitz. Producers Andrew Miano, Chris Weitz, Robert Zemeckis and Derek Hogue are also joined by Jack Rapke, Jacqueline Levine, Jeremy Johns and Paul Weitz as the film's executive producers. 'Pinocchio' is streaming on Disney+ Hotstar. /IANS

Queen Latifah claims she 'didn't know she was a girl' when she was younger
Los Angeles, Nov 25 : Actress Queen Latifah has gotten candid about how her sense of identity has evolved over the years. During an acceptance s