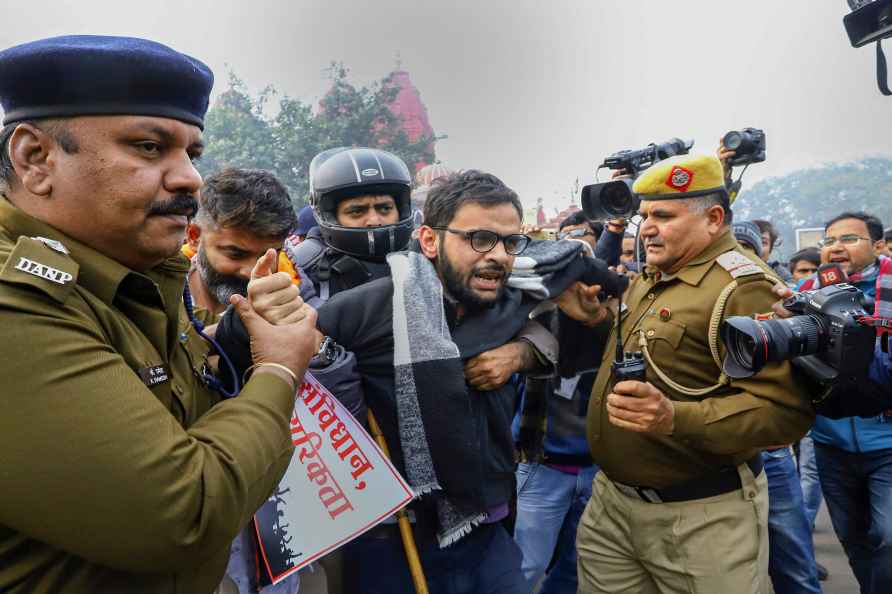 New Delhi, Sep 7 : Delhi Police's Special Cell had a major headway on Wednesday in the probe of the terror incident that took place on August 29, in the Nalagarh Court Complex of Himachal Pradesh, and have arrested four assailants along with their handler-associate, financier and firearm supplier. The accused are identified as Vakil alias Billa, Vikram Singh alias Vicky, Pragat Singh alias Pragat, Gurjant Singh, Ajay alias Mental, Gagandeep alias Rahul Pandit. Mental provided logistics while Pandit was the mastermind. On August 29, an armed assault took place outside the Additional Chief Judicial Magistrate's court in Himachal Pradesh. "The FIR stated that while the accused Ajay alias Sunny alias Lefty was being taken back after the court appearance under the police escorts, two youths opened fire and shot him dead. After committing the murder both the assailants ran away," said the police official. The official said that Lefty had been arrested by Counter Intelligence Unit of Special Cell in March 2022. At the time of his arrest, he was wanted in the sensational killing of one Vikramjeet alias Vicky Middukhera and Simran alias Simmu. Lefty was a desperate shooter of the Bambiha-Lucky Patial-Kaushal Chaudhary alliance. There was an apprehension that the rival Lawrence Bishnoi-Jaggu Bhagwanpuria- Kala Jathedi alliance may have orchestrated this assault to avenge the killing of Middukhera," the official said. The official further said that soon, social media handles being used by proxies of rival gangsters involved in the incident started posting various versions of the incident. Earlier, it was claimed that the assault was not to eliminate but to rescue Lefty from police custody but that is doubtful. The Special Cell unit gathered information about the assailants and the bike used in the execution of crime. The team finally traced all the accused involved in the case and arrested them. /IANS