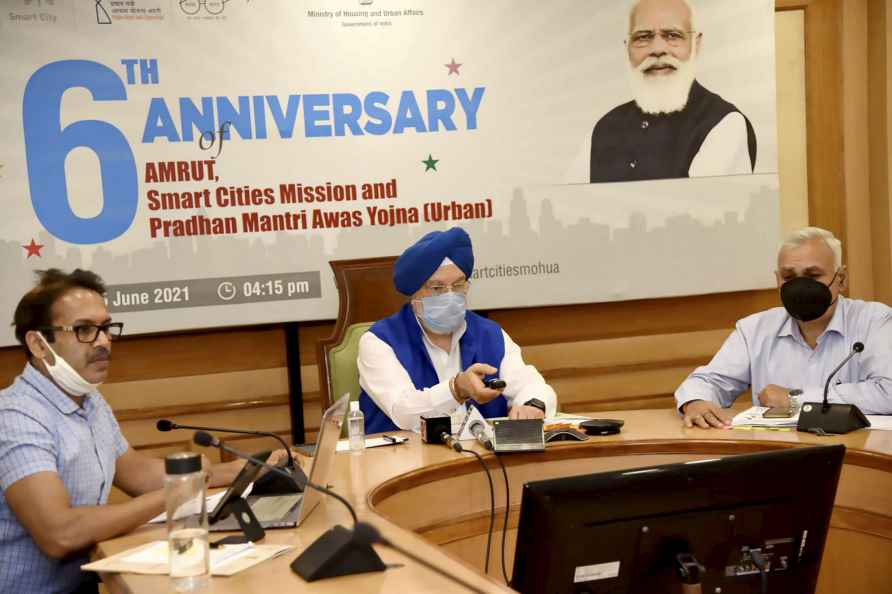 New Delhi, Sep 6 : While some states have taken up projects under Atal Mission for Rejuvenation and Urban Transformation (AMRUT) in excess of their approved state annual action plans, the Ministry of Housing Affairs has clarified that the excess amount in such cases will be borne by the respective states. Under AMRUT, the total approved plan size of all the states and UTs is Rs 77,640 crore, which includes committed Central Assistance of Rs 35,990 crore. Till July this year, Detailed Project Reports (DPRs) have been approved for the projects costing Rs 83,015 crore. Through this, the mission envisions to provide 139 lakh water tap connections to achieve universal coverage of water supply and 145 lakh sewer connections to enhance substantial sewerage network coverage in AMRUT cities. AMRUT has now been subsumed under AMRUT 2.0 launched on October 1, 2021. Accordingly, all ongoing and eligible projects of AMRUT shall receive Central funding till March 31, 2023. Atal Mission for Rejuvenation and Urban Transformation (AMRUT) was launched on June 25, 2015 for a period of five years between Financial Year 2015-16 and 2019-20 in 500 select cities across all the states and Union Territories (UTs) in the country. The Mission focuses on the development of basic urban infrastructure in the sectors of water supply; sewerage and septage management; storm water drainage; non-motorized urban transport and development of green spaces & parks. Mission also executed a set of 11 reforms to improve governance of Urban Local Bodies (ULBs) and Capacity Building activities for the ULBs. As per the Ministry, works have been completed for 4,S17 projects worth Rs 29,810 crore and work is in progress for 1,345 projects worth Rs 52,532 crore till the month of July. In all, physical work worth about Rs 64,388 crore has been carried out in completed or ongoing AMRUT projects implying that around 83% of physical work has been completed. /IANS

DPRs for projects costing Rs 83,015 cr approved under AMRUT Mission
New Delhi, Jan 28 : India Ahead, a private English news channel, shut down its operations, leaving its employees in a state of uncertainty. The