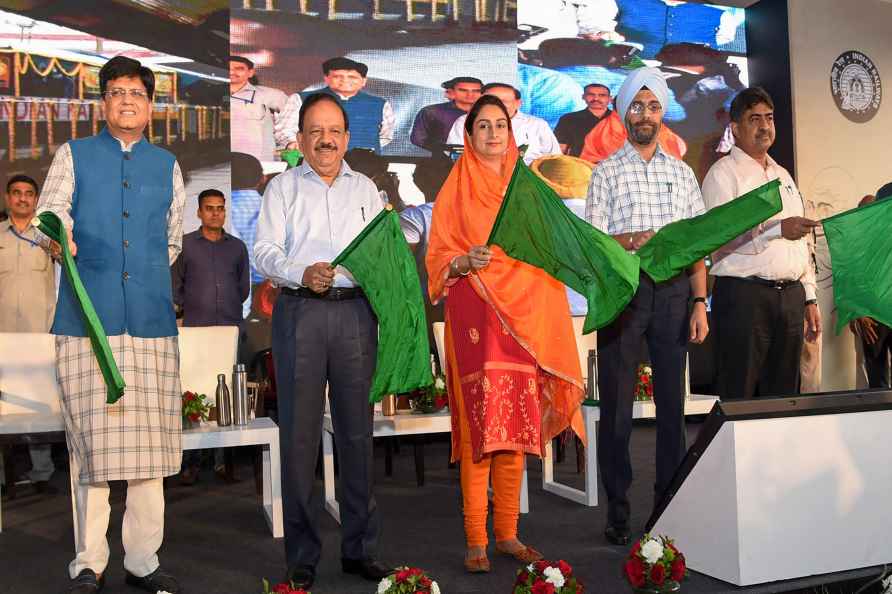 Bengaluru, Sep 6 : Karnataka Minister for Health and Family Welfare Dr K. Sudhakar said on Tuesday that any city in the world would have faced a similar crisis as Bengaluru did if it received the same amount of heavy rain as it received here. Referring to the collapse of infrastructure and many residential areas inundated affecting the normal life in many parts of Bengaluru, especially in areas considered as IT hubs, Sudhakar stated that it was true that Bengaluru city was disturbed by heavy rain. He said the volume of rainfall was unheard of in the city's history. He further questioned former director of Infosys Mohandas Pai, who wrote a letter to the Chief Minister Basavaraj Bommai on crumbling infrastructure following the rain. Sudhakar said, "What would have happened if New York city would have received the same amount of excessive rain as here? "Complaining is a very easy job. Solving the problem is a distant thing. "Whose fault is it to merge hundreds of villages into greater Bengaluru and not taking up any development?" Sudhakar questioned. "During this crisis time, citizens must join their hands with the government to face the situation. This is not the time for blame game," he underlined. Chief Minister Basavaraj Bommai, ministers from Bengaluru, elected representatives, officers and members of various organisations were working day and night. Bengaluru city, built by Nadaprabhu Kempa Gowda (ruler of Bengaluru), has evolved as a big city in terms of development. The lakes built in those times have disappeared. Houses and commercial constructions have come up on storm water drains. People have constructed their houses in low-lying areas and layouts. "Our government has got this situation as a gift from successive governments. However, we will take this as a challenge and handle the situation. "This is a gift of variations of global climatic conditions... We have to work unitedly towards building a clean and environment friendly city," the minister stated, also warning that the nature could be disastrous. Meanwhile, the opposition Congress on Tuesday has organised a protest against the failure of the BJP government in Karnataka to handle the situation following heavy rain in Bengaluru and other parts of the state at the Freedom Park. Incessant rainfall in Bengaluru has affected the infrastructure badly and thrown life out of gear. Due to the fury of rain, supply of drinking water to half of Bengaluru has been affected. Many regions were inundated and boats were being used to shift people. /IANS