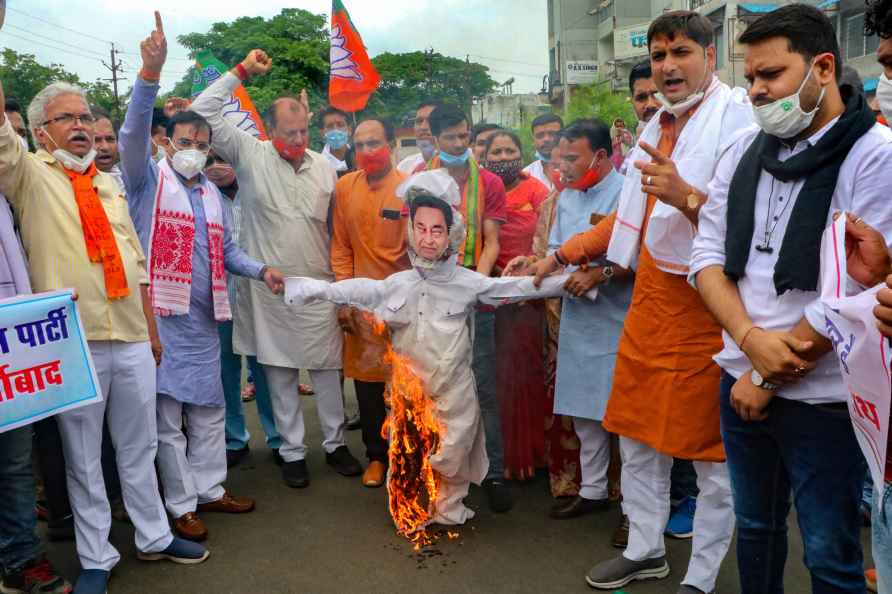 Bengaluru, Aug 29 : The Karnataka Congress unit on Monday launched 'Do you have answers -- BJP?' campaign questioning the alleged failures and lies by the ruling BJP government in the state. The BJP in its election manifesto had promised to deliver on 600 assurances in Karnataka. The Karnataka Congress unit will start to ask one question each day on their fulfilment, scandals, failures and controversies. Karnataka Congress In-charge Randeep Singh Surjewala, Opposition leader Siddaramaiah and State Congress President D.K. Shivakumar have launched the campaign at the party headquarters in Bengaluru. Surjewala said that the real name of BJP is a "party of lies". BJP stands for "Big Trade Janata Party" and "Bewakoof Janata Party," he added. The campaign will be carried out by the Congress nearly seven to eight months before the upcoming state Assembly elections. "Until then, we will ask one question everyday and go before the people with these questions," he said. The BJP government is taking 30 per cent commission from mutts and 40 per cent commission from contractors, he added. "For BJP workers, 50 per cent commission is charged. The commission mafia is working at different levels. Karnataka has turned out to be the most corrupt state in the country," Surjewala said. The assurances have been given from the time of former Karnataka Chief Minister and veteran BJP leader B.S. Yediyurappa. "We will ask BJP leaders, have they fulfilled assured promises? BJP will have to answer conscientiously. It is not like you tell lies a hundred times and make it a truth. Former Minister K.S. Eshwarappa had given a call for workers to lie before people," Karnataka Congress In-charge said. Siddaramaiah alleged that ruling BJP government in Karnataka has taken 40 per cent commission in the loans for various projects. He claimed that during his tenure as Chief Minister, among the 165 assurances made during the state Assembly polls, only 158 were fulfilled. "BJP led by Yediyurappa had given 600 assurances in the election manifesto. Not even 10 per cent of them have been addressed. BJP in the state should answer for the loans to the tune of Rs three lakh crore they have made in three years. In 2021-22, Rs 80,000 crore has been taken as a loan." /IANS

Tokayev sworn in as Kazakh President
Astana, Nov 27 : Kassym-Jomart Tokayev was sworn in as the Kazakh leader. After taking an oath at an inauguration ceremony held in the capital c