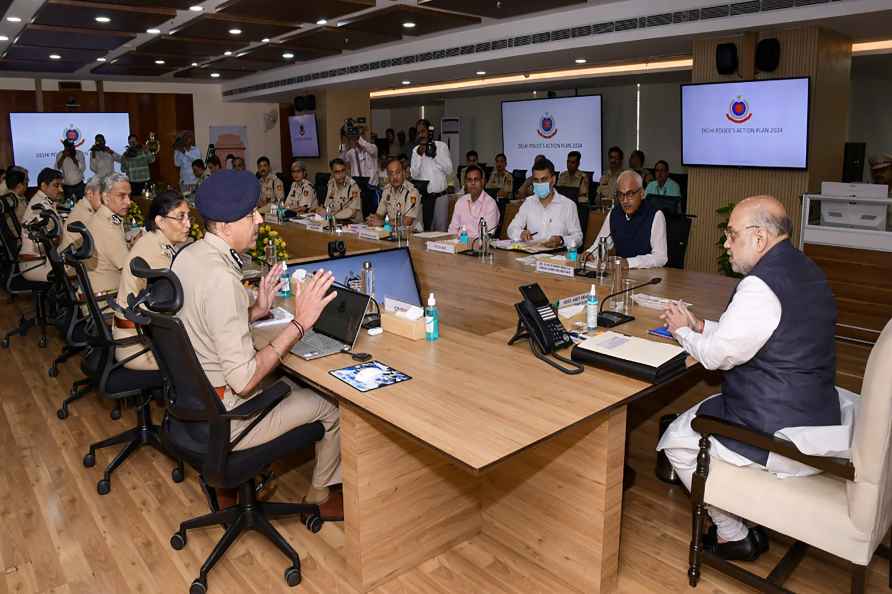 New Delhi, Aug 29 : Union Home Minister Amit Shah will visit the Delhi Police headquarters in the national capital on Tuesday. During his visit, Shah will discuss about the national security, action plan of 2024 and about the security arrangements made available for G-20 summit. He will also felicitate a number of police personnel, who won medals during the Commonwealth Games, national-level competitions and in World Police Fire Games. "Mainly four points will be discussed, of which the first will be regarding the 2024 action plan to make the national capital a safe place. Second will be security arrangements for G-20 summit which is being monitored by Shah. Focus will be on forensic and other related things. The police personnel who have won laurels will be felicitated by Shah," said a senior police official. A source said that the Union Home Minister wants that the Delhi Police should focus on more forensic evidences to prove their cases before the concerned courts. In this respect Delhi Police Commissioner Sanjay Arora will brief Shah and will tell him about the need of equipments. "We need our own lab like the Central Bureau of Investigation. This will be briefed to Shah which will give us more strength. We have been an elite force, but if we get a lab of our own, this will be a shot in the arm for us. We will be able to get quick report to present it before the courts. We have to take help of labs which takes time," the police official said requesting anonymity. Both the Delhi Police Comissioner and the Union Home Minister will discuss about other sensational crime cases as well, including the Jahangirpuri case. This will be their first official meet. /IANS