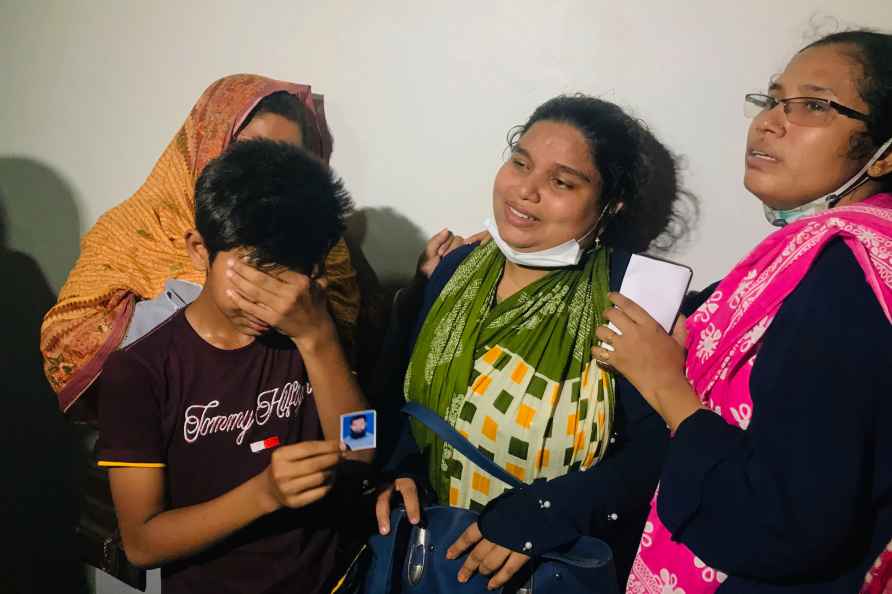 Ahmedabad, Aug 19 : At least six people were killed in three separate accidents in Gujarat, police said on Friday. All three accidents took place on Thursday night. In the first accident, an Ahmedabad family were travelling in their personal vehicle from Vatva to Vadodara. The car rammed into a truck, killing all the four persons travelling in the vehicle on the spot. Ahmedabad police said the exact cause of the accident is being investigated. The victims were identified as Jayshree (60), her daughter-in-law Hitika (40), granddaughter Jaini (four) and driver Akbar Chatri. The second accident was a hit and run reported in Ahmedabad. The victim, Vishal Gaikwad (25), was returning home from work when an Audi coming from the opposite direction on the Chimanbhai bridge hit his bike and dragged him for almost 100 meters. In the third accident, a dumper hit a motorcycle near Limkheda circuit house road, in which bike rider Kanubhai died on the spot and his brother Dilipbhai was hospitalised in critical condition. The driver of the dumper is absconding. /IANS

Drunk driver crushes 3 sisters in Noida, 1 dead
Noida, Nov 28 : A drunk driver rammed his vehicle and crushed three sisters on a roadside in Noida's Sadarpur area, leading to the death of one.

Request students to study India's real history and research about 'people's leaders' and empires not given their due by historians: Amit Shah.

Request students to study India's real history and research about 'people's leaders' and empires not given their due by historians: Amit Shah. […]