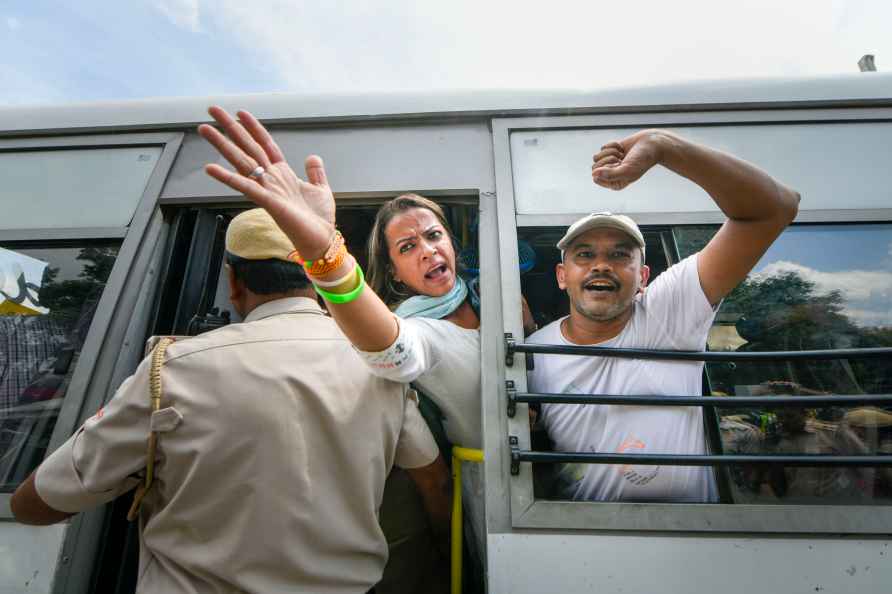 New Delhi, Aug 19 : The Central Bureau of Investigation (CBI) on Friday was raiding 21 locations in Delhi and six other states, including the residence of Delhi Deputy Chief Minister Manish Sisodia. The raids were being conducted in connection with the alleged irregularities in the Delhi Excise Policy. Sources said that a CBI team was at the Sisodia residence in the morning and was "grilling him and scanning different documents at his house". The probe teams were also raiding the house of former Excise Commissioner E. Gopikrishan, four public servants and others. The raid was going on in seven states and could go till evening, said the sources. Sisodia claimed that he was innocent and the CBI was working at the behest of the Centre. "CBI has come. They are welcome. We are extremely honest. Making the future of millions of children. It is very unfortunate that those who do good work in our country are harassed like this. That is why our country has not yet become number-1," Manish Sisodia tweeted in Hindi. Sisodia went on to say that they will give them full cooperation in the investigation so that the truth can come out soon. He said that till now many cases were filed against him but nothing had come out. "Nothing will come out of it either. My work cannot be stopped for the good education in the country. "These people are troubled by the excellent work of Delhi's education and health. That is why the Health Minister and Education Minister of Delhi have been caught so that the good work of education, health can be stopped," Sisodia said. The CBI has lodged an FIR in connection with the alleged irregularities in liquor policy against Manish Sisodia and others. The Delhi L-G had requested the CBI to look into the matter as there were many loopholes in the liquor policy of Delhi Government. Meanwhile, BJP leader Kapil Mishra accused Sisodia of being corrupt. "Corruption of Satyendra Jain has been caught, Sisodia's scams are now coming in front of the public. "The case of loot of crores of rupees in the name of liquor contracts is only the beginning. Our fight against the corruption of Kejriwal government is on, those who looted Delhi will have to go to jail," Mishra tweeted. /IANS

Ola laying off 500 employees from its software verticals: Report

New Delhi, Sep 19 : As the sale of its electric two-wheeler declines, ride-hailing major Ola is reportedly laying off nearly 500 employees in another round, this time from its various software vertica […]

Ezra Miller calls themself 'Jesus and the Devil,' parents' divorce may cause the downward spiral

Los Angeles, Sep 19 : Actor Ezra Miller's recent bizarre behaviours were apparently just the tip of the iceberg of their dark spiral. A new report has uncovered disturbing new details of the actor's d […]