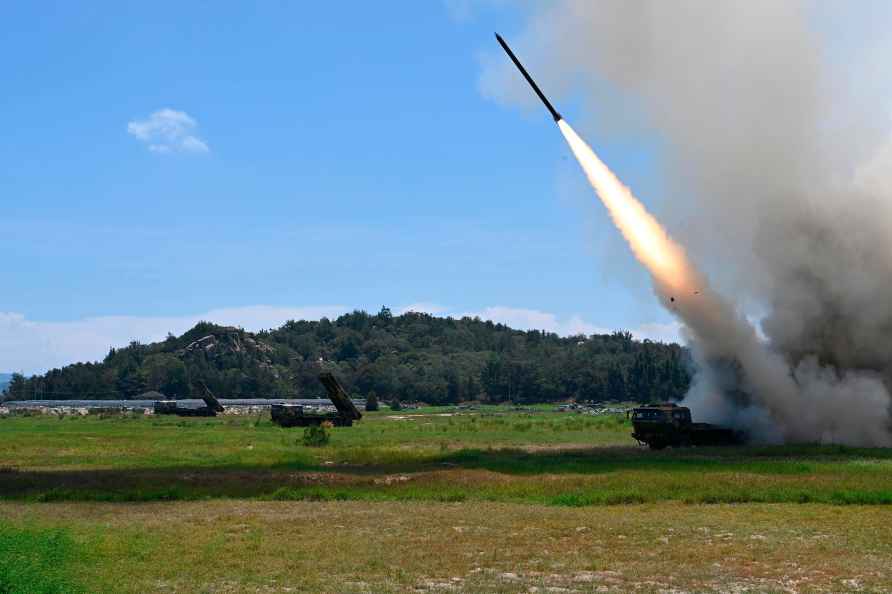 Vilnius, Aug 19 : Lithuania has summoned China's charge d'affaires in Vilnius to protest Beijing's sanctions against Deputy Transport Minister Agne Vaiciukevicute in connection with her visit to Taiwan. China has imposed unspecified punitive measures on Vaiciukevicute for visiting the self-governing democratic island republic of Taiwan earlier this month, reports dpa news agency. Beijing also suspended all forms of exchanges with Lithuania's Transport and Communications Ministry. "China's unilateral decision was unjustified, violated international law and the sovereignty of Lithuania," the Foreign Ministry in Vilnius said on Thursday, calling for Beijing to overturn the decisions. A rift and a trade conflict had already broken out between Lithuania and China months ago. Beijing downgraded its diplomatic ties with the Baltic EU and NATO country after the latter allowed Taiwan to open a representative office under its own name in the Lithuanian capital of Vilnius. Lithuania plans to set up a trade mission in Taiwan's capital Taipei next month. The Chinese leadership rejects official contact by other countries with Taiwan because it regards the island as part of its territory. On the other hand, Taiwan has long regarded itself as independent. Tensions intensified recently due to the August 2 visit to Taiwan by Nancy Pelosi, the speaker of the US House of Representatives. Only a little later Vaiciukevicute travelled to the island with a Lithuanian business delegation. /IANS