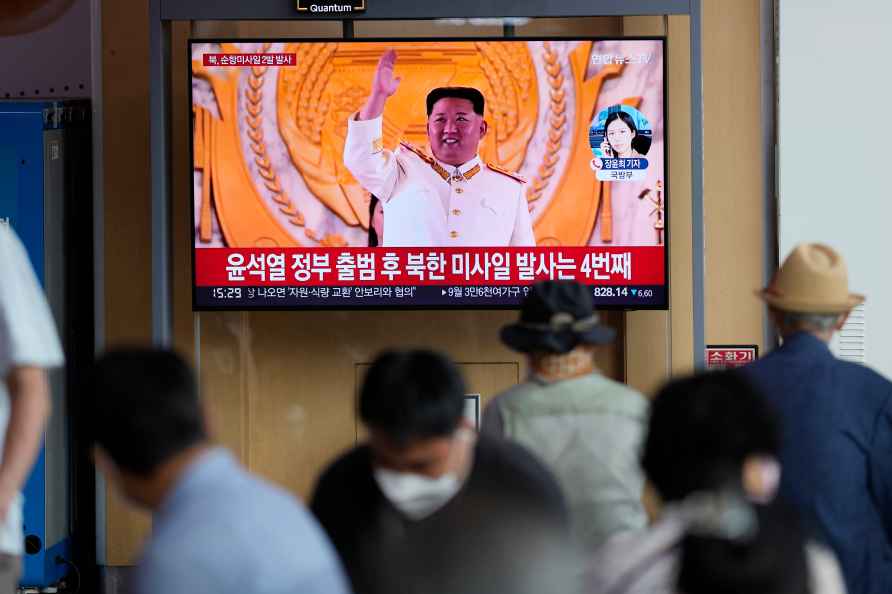 Seoul, Aug 19 : The influential sister of North Korea's leader Kim Jong Un has slammed South Korea's recent offer of economic assistance to Pyongyang in exchange for denuclearisation as an "absurd dream". South Korean President Yoon Suk Yeol, who has been in office for three months, said on Wednesday that South Korea was ready to help its neighbour as long as North Korea showed determination to disarm. He added that Seoul would not require "complete denuclearisation before we do anything". Kim Jong Un's sister Kim Yo Jong called Yoon's speech "nonsense," "ridiculous" and "pipedream-like remarks" in a press statement titled "Don't have an absurd dream" published by state media on Friday. "The 'plan' he had laid down this time is truly absurd," said the senior official of the ruling Workers' Party in a remark on Thursday, dpa news agency reported. "No one barters its destiny for corn cake." Kim Yo Jong also acknowledged a Wednesday missile test, though she said South Korean and US information about its location was wrong. Seoul said North Korea launched two suspected guided missiles in the direction of the Yellow Sea as Yoon made his remarks. UN resolutions prohibit North Korea from testing ballistic missiles, which, depending on the design, can also carry nuclear warheads. Tests of cruise missiles, however, are not subject to sanctions against the largely isolated country. Pyongyang is subject to tough international sanctions because of its nuclear weapons programme. /IANS

Restart of damaged Swedish nuclear reactor delayed until 2023
Stockholm, Sep 14 : Repair works on one of Sweden's six remaining nuclear reactors have been delayed by two months to January 31, 2023, the plant's ow