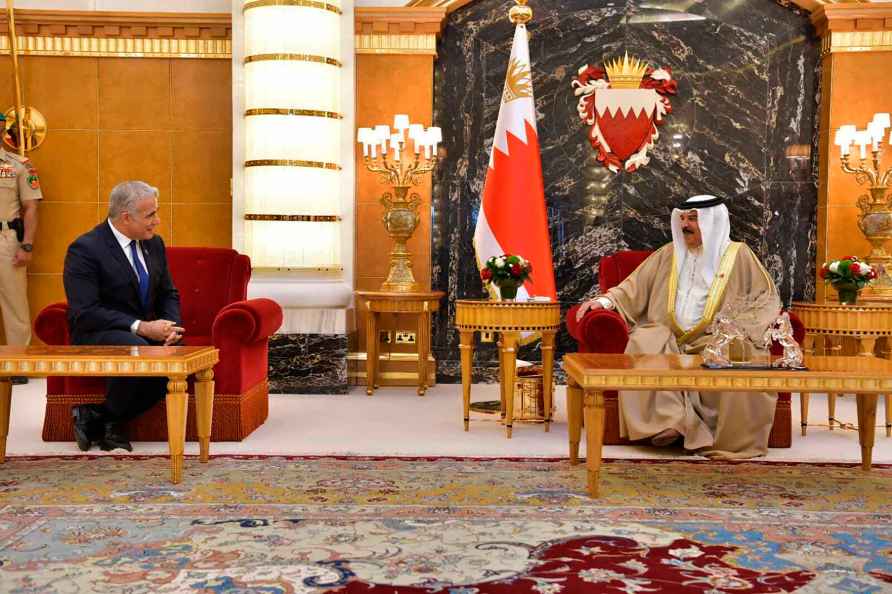 Berlin/Tel Aviv, Aug 19 : German Chancellor Olaf Scholz called the Israeli head of government to once again slam a Holocaust comparison made by Palestinian President Mahmoud Abbas earlier this week in Berlin. In his talks with Israeli Prime Minister Yair Lapid, Scholz stressed "that he strongly condemns every attempt to deny or relativise the Holocaust," German government spokesperson Steffen Hebestreit said on Thursday. Abbas' remarks in Berlin were intolerable and completely unacceptable for him personally and for the entire German government, the German Chancellor said, according to Hebestreit. Standing beside Scholz for a press conference, the Palestinian President on Tuesday accused Israel of committing a "Holocaust" against Palestinians, dpa news agency reported. "Israel has committed 50 massacres in 50 Palestinian locations since 1947," Abbas said, adding: "50 massacres, 50 Holocausts." The German Chancellor listened to Abbas' response with a look of alarm and annoyance, but did not offer an immediate reply, provoking criticism from Germany's conservative opposition. He later issued statements criticising Abbas for the comments. In Thursday's telephone conversation with Lapid, Scholz went on to say that keeping alive the memory of the Shoah, the Hebrew term for the 'Holocaust', is an everlasting responsibility of this and every German government. Lapid's office confirmed the call, saying Scholz had repeated his rejection and condemnation of Abbas' statements. "Prime Minister Lapid thanked him, both as the Prime Minister of Israel, and as the son of Holocaust survivors," according to a statement from Lapid's office. "The two emphasised the importance of ties between Israel and Germany, and agreed to continue the cooperation between their two countries in various fields," the statement added. A Berlin police spokeswoman told Germany's Bild tabloid newspaper meanwhile that a preliminary investigation, initially on suspicion of incitement to hatred, was being undertaken by a specialised state police department. The German Foreign Office told the newspaper they were under the impression Abbas was entitled to immunity from prosecution because he was on an "official visit" to Germany. Criminal law expert Michael Kubiciel however said whether Abbas was on an official visit was not the deciding factor on immunity, but rather whether he was in Germany as a "representative of another state". This would then make significant whether Palestine is considered a state or not, Kubiciel told Bild. Germany has not recognized Palestine as a state. /IANS