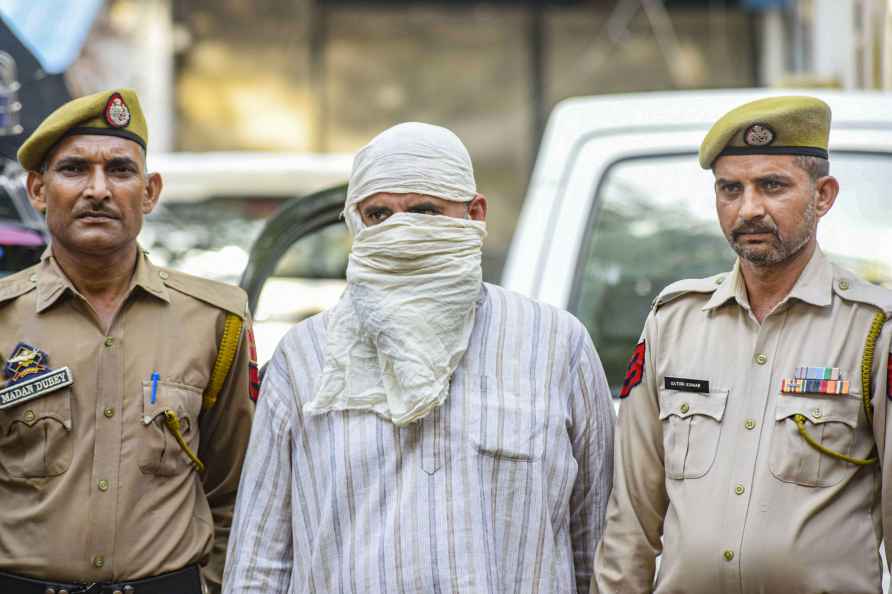 [New Delhi: Hawala operator Mohd Yasin arrested in a joint operation of Special Cell of Delhi Police & Jammu and Kashmir Police from Turkman Gate, in New Delhi, Friday, Aug. 19, 2022. ( /PTI] New Delhi, Aug 19 : In a joint operation, Delhi Police and Jammu and Kashmir police in assistance with central agencies arrested a Hawala operator for funding terror outfits LeT (Lashkar-e-Taiba) and Al-Badr. The accused was identified as Mohammed Yaseen. "Inspectors Sunil Kumar Rajain and Ravinder Joshi under ACPs Lalit Mohan Negi and Hridaya Bhushan were working on an information. They held Yaseen, a resident of Turkman Gate in Delhi. He was working as an agent in Hawala transactions related to funding of terror outfits LeT and Al-Badr. On Aug 17, Yasin gave around Rs 10 lakh to a terror operative Abdul Hamid Mir of J&K for further use in terrorist activities in J&K. In this regard, J&K Police registered a case and had arrested Abdul Hamid Mir from Jammu Bus Stand along with the terror funding amount of Rs 10 lakh," said HGS Dhaliwal, the DCP of Special Cell. The official said that on August 18, an information was received from central agencies and J&K police regarding a person engaged in funding of terrorist activities and operating from Meena Bazar, Delhi Itself. After receiving the information, a raiding team was constituted and deployed in and around area of Meena Bazar. Yaseen was finally held. The police said that they have recovered cash Rs 7 lakh and a cell phone from him. "Yaseen is a garment trader by profession and was operating from Meena Bazar. He worked as a conduit of Hawala money, collected funds received from sources based abroad and further delivering to terror operatives in J&K," the official said. During interrogation, Yaseen disclosed the police that the Hawala money was being sent to Surat and Mumbai through South Africa. Yaseen was the Delhi link in this Hawala chain and from Delhi this amount was further transferred to J&K through different couriers. This amount is further given to operatives of banned terror outfit LeTs and Al-Badr in J&K. "Yaseen is an important link for transporting funds from different parts of India to J&K. Recently, he received Rs 24 lakh sent via Hawala from South Africa, out of which he transferred Rs 17 lakh through two different couriers to terror operatives in J&K. Arrested accused Abdul Hamid Mir was given Rs 10 lakh by him. This Rs 10 lakh was seized by J&K whereas the remaining Rs 7 lakh was recovered from his house during search," said the police. Further investigation in the matter is on. /IANS

Tim David is an X-factor; goes about his game slightly differently: Pat Cummins