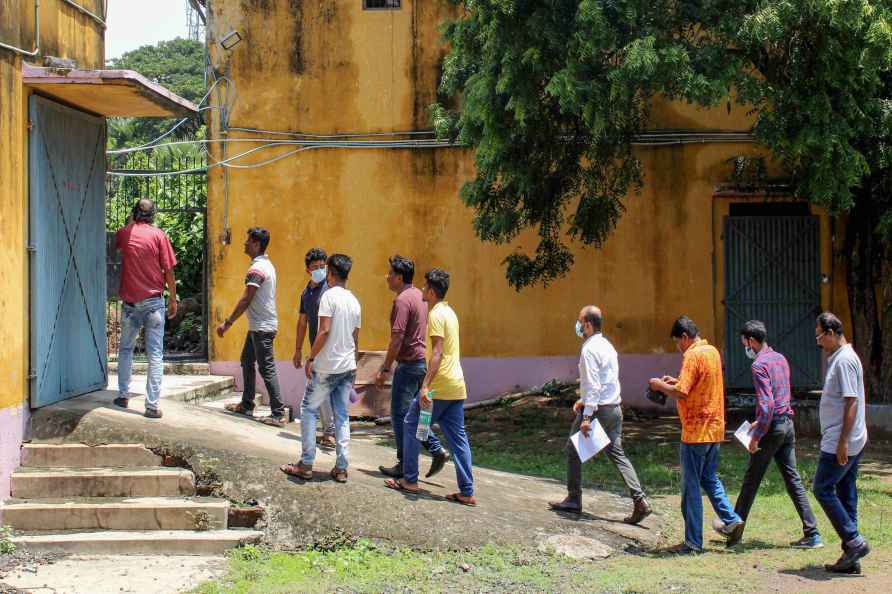 [Birbhum: Central Bureau of Investigation (CBI) officers during a raid at a rice mill, allegedly belonging to arrested Anubrata Mandal for his connection in Teachers? Eligibility Test (TET) scam, in Birbhum, Friday, Aug. 19, 2022. ( /PTI] Kolkata, Aug 19 : The Central Bureau of Investigation (CBI) on Friday conducted raid and search operation at a rice mill in Bolpur owned by Sukanya Mondal, daughter of arrested Trinamool Congress leader Anubrata Mondal in the multi- crore cattle smuggling scam. After entering the rice mill, the investigating officials were surprised to see a number of high- end vehicles, mostly SUVs parked inside the premises. The ED officials were trying to track whether these vehicles were registered in the names of Mondal and his family members or of anyone else. "A total of five vehicles were parked there and all of them were high-end vehicles. One of the vehicles is a Ford Endeavour model, priced at least Rs 30 lakh, which was often seen being used by Anubrata Mondal, especially when he used to come to Kolkata from Bolpur," a CBI official said. ED sources said that the rice mill stretches over an area of 14 acres of land. It was purchased in the name of Sukanya Mondal in 2013 for Rs 5 crore as per records. However, the production process at the rice mill was currently closed. The sources said that the purchase price quoted was abysmally low considering the huge plot of land the price of which could exceed Rs 5 crore. "We are trying to contact the original owner from whom this rice mill was purchased and trying to know whether his decision to sell the rice mill at this abysmally low price was because of any kind of pressure," the central agency official added. A couple of days ago, the CBI confiscated fixed deposits worth Rs 16.97 crore held by Mondal, his daughter and some of his close relatives. Two companies with Sukanya Mondal as one of the two directors are also under the scanner of the central agencies. /IANS