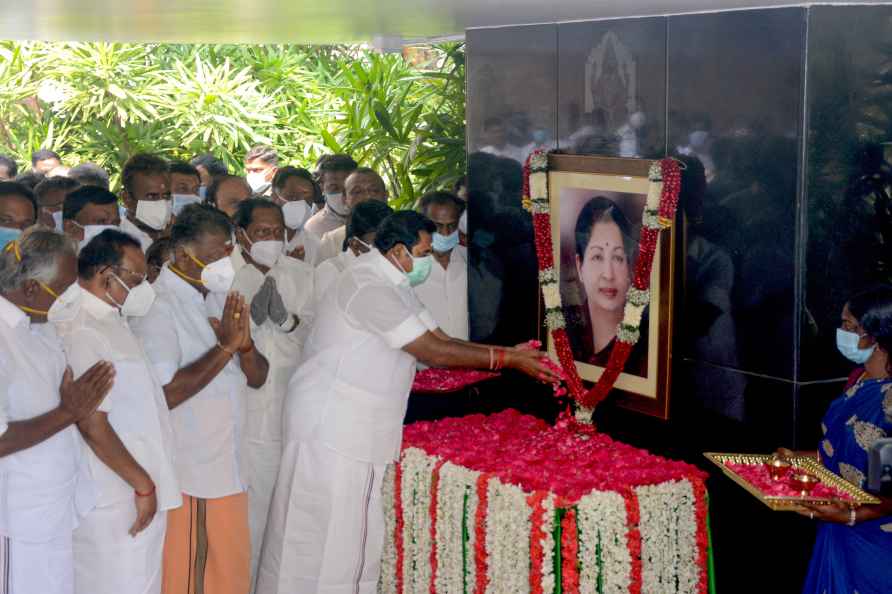 Chennai, Aug 18 : AIADMK leader and former Chief Minister, Edappadi K. Palaniswami (EPS) has moved the division bench of the Madras High Court against an order passed by a single bench judge of the same court declaring the July 11, general council meeting of the party null and void. The single bench judge, Justice G. Jayachandran had ordered to maintain the status quo of the general council meeting of June 23, according to which O. Panneerselvam will become the Coordinator and EPS will be joint convenor. Vijay Narayanan, Senior Counsel representing Palaniswami drew the attention of the second bench of the Madras High Court represented by Justices Sunder Mohan and M. Duraiswami for an urgent hearing on the petition of the former Chief Minister on Monday. The petitioner in his appeal said that the single bench judge had totally ignored the fact that the posts of coordinator and joint coordinator had lapsed and hence in no circumstances could they jointly act to convene any executive council or general council meeting as directed by the single bench judge of the Madras High Court. The former Chief Minister, EPS also said that the single judge had erred and failed to look into pertinent facts while ordering status quo as on June 23. He said that the single judge had also overlooked the facts and ruled against the general council meeting of July 11 which had expelled the other leader, O. Panneerselvam from the primary membership of the party. The petitioner also said that the single-bench judge had passed the order without any reasoning and therefore it directly interferes with the internal affairs of a political party and ignored the wishes of a majority of party members. EPS in his affidavit said, "The impugned (under challenge) order literally propagates the wishes of a single person for dual leadership when the entire party has moved towards single leadership. The observations on the internal functioning of the party are not within the domain of judicial scrutiny." He stated that the single judge was called upon to decide only an interlocutory petition filed by O. Panneerselvam while his civil suit remained pending, Palaniswami said, the single judge had conducted a mini-trial at the interlocutory stage itself and ended up giving conclusive findings on the issue of party leadership. The petitioner in the affidavit also said, "The order of status quo ante cannot be passed in such a manner and the impugned order is against all known principles of law. The 1st respondent, O. Panneerselvam, has not even pleaded in the petition for any relief regarding the meeting on June 23 as it is in the subject matter of an earlier suit." The division bench agreed to take up the case on Monday if the Madras High Court Registry numbers the appeal before Thursday afternoon. /IANS

Ambulance is parked outside Portcullis House

An ambulance is parked outside Portcullis House, backdropped by the Elizabeth Tower, commonly known as Big Ben, in London, Thursday, Dec. 1, 2022. Some 10000 ambulance staff have voted to strike over […]

**EDS: TWITTER IMAGE VIA @ITBP_official** Bhuj: ITBP personnel with a newly-wed couple as they casted their votes on their marriage day for the 1st phase of the Gujarat Assembly elections at a pollin […]

New Delhi, Dec 1 : Google on Thursday said that 'Questt: Navigator for Learning' is the best app of this year in India on its Play Store, while the 'Best Game of 2022' title goes to 'Apex Legends Mobi […]