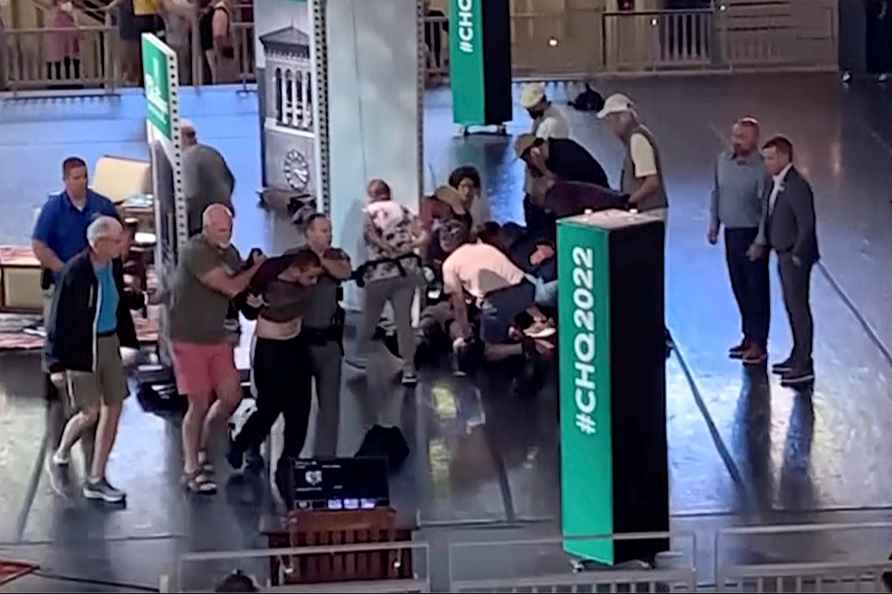 New York, Aug 18 : The man who stabbed Salman Rushdie on stage at an event in New York has said he was "surprised" to learn that the renowned Indian-born author was alive following the attack. Hadi Matar, 24, said Rushdie, 75, was "someone who attacked Islam" but did not confirm that his actions were driven by a fatwa issued by Iran in the 1980s, reports dpa news agency. Matar pleaded not guilty through his lawyer to charges stemming from the assault and is currently being held at Chautauqua County Jail, in New York state. He is due to appear in court again on Friday. Speaking to the New York Post in a video interview from jail, he said: "When I heard he survived, I was surprised, I guess." Matar said he had originally planned to go to the event at the Chautauqua Institution after seeing a tweet announcing Rushdie's appearance. "I don't like the person. I don't think he's a very good person. I don't like him very much. He's someone who attacked Islam, he attacked their beliefs, the belief systems." Rushdie published his famous novel "The Satanic Verses" in 1988, which resulted in then Iranian Supreme Leader Ayatollah Ruhollah Khomeini issuing a fatwa, or edict, calling for his death in 1989. But Matar told the New York Post he had only read "a couple of pages" of the book and did not say whether the fatwa had inspired him. "I respect the Ayatollah. I think he's a great person. That's as far as I will say about that," he said. It comes as the moderator of the event said his concern is for the writer "himself, but also what he means in the world". Despite his "life-changing" injuries, the novelist has retained his "usual feisty and defiant sense of humour", his family has said. The author suffered a damaged liver as well as severed nerves in an arm and an eye, but was taken off a ventilator on August 13. /IANS

Massive power outage in Puerto Rico due to hurricane