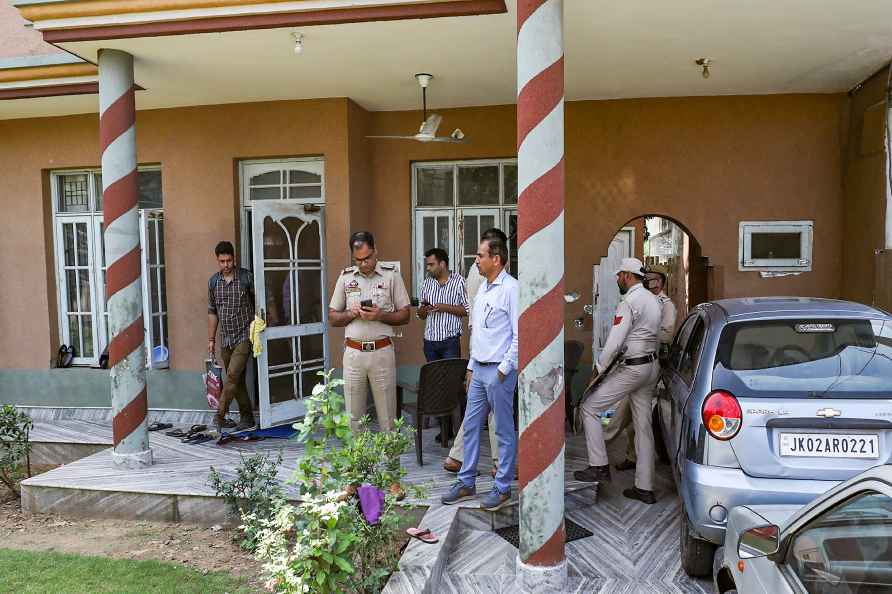 Jammu, Aug 18 : National Investigation Agency (NIA) on Thursday carried out raids at multiple places along the International Border (IB) in three districts of J&K. Official sources said sleuths of NIA carried out raids at multiple places along the IB in Jammu, Kathua and Samba districts. Places raided include Kanachak, Ramgarh, Arnia, R.S.Pura etc, sources said adding that during the course of these raids vital evidence connected with drone weapon droppings in the area has been unearthed. Weapon droppings through drones by terror outfits with the assistance of Pakistan intelligence agencies along the IB in J&K has become a major concern for the security forces. /IANS

UP Assembly session from today; Sept 22 reserved for women members

Lucknow, Sep 19 : The brief monsoon session of the Uttar Pradesh Assembly that begins on Monday will be unique in the sense that it will have a day exclusively reserved for women members. "Septe […]

Seoul, Sep 19 : South Korea will slaughter some 7,000 pigs to try to stem the spread of African swine fever (ASF) following a new outbreak at a local farm, the agriculture ministry said on Monday. […]