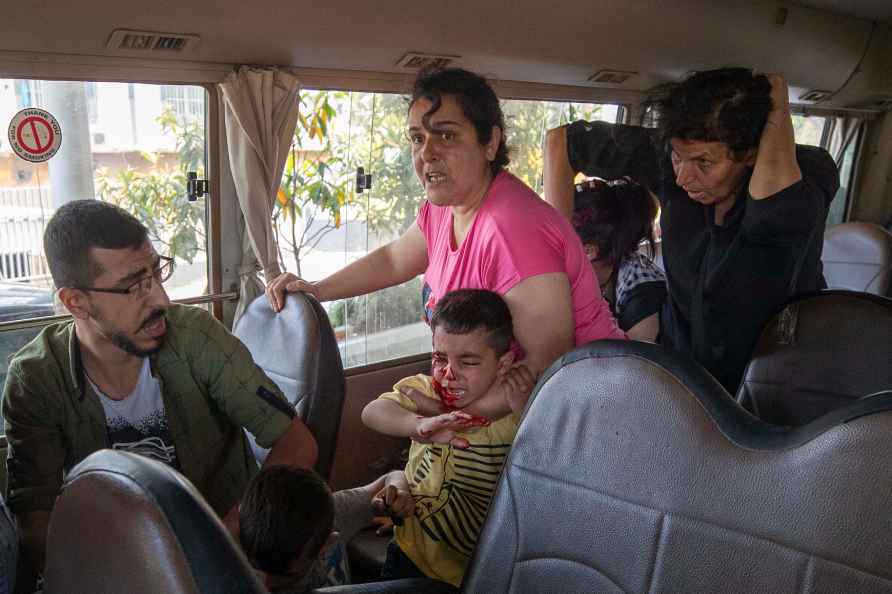 Beirut, Aug 18 : Lebanese President Michel Aoun said his countrywill never accept the permanent settlement of displaced Syrians and will prevent it "at all costs". "We completely reject any attempts to settle displaced Syrians in Lebanon as we previously did with the settlement of Palestinians on our land," Aoun told visiting Canadian Minister of International Development Harjit Singh Sajjan on Wednesday. Lebanon is preparing a legal study on the issue of Syrians' displacement and will submit it to the UN to secure support from "friendly countries" for Beirut in sending refugees back to their homeland. Lebanon can no longer bear the economic, social, health and security burdens from the 1.5 million displaced Syrians on its territories, Aoun warned. For his part, Sajjan said Canada does not support the integration of the displaced into their host communities, and will continue to help solve the Syrian refugees' crisis. On Monday, Syrian and Lebanese officials met in Damascus and discussed ways to facilitate the monthly return of 15,000 Syrian refugees from Lebanon in a timeline agreed upon by both countries. Lebanon remains the country hosting the largest number of refugees per capita in the world, with an estimated 1.5 million Syrians and some 13,715 of other nationalities. The UNHCR representative in Lebanon has rejected the country's plan, citing Syria is not safe for returning refugees. /IANS

A nomadic woman attends to her Himalayan goats