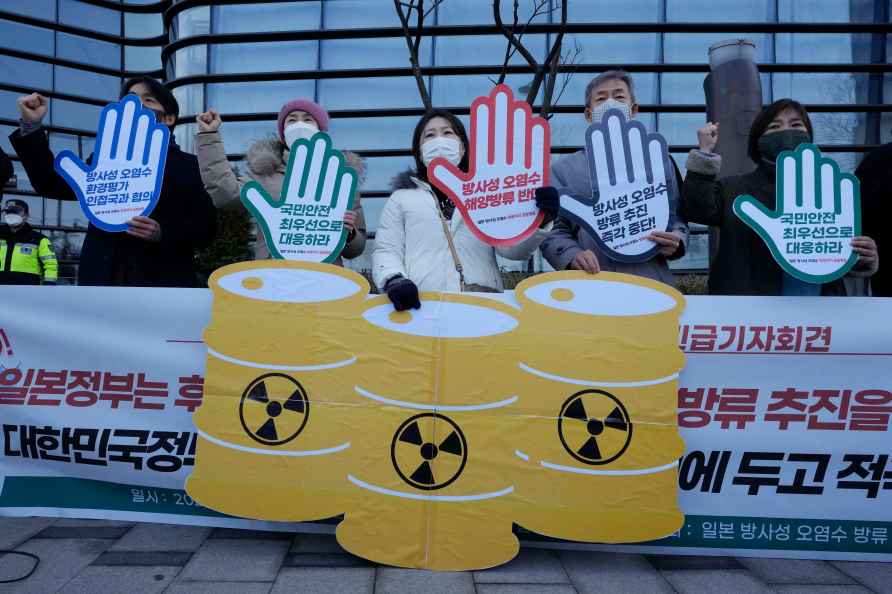 Tokyo, Aug 16 : The chemical waste, that is extremely high in carcinogens and stored near Japan's disaster-hit Fukushima nuclear power plant, was moved on Tuesday to a city in Hokkaido amid protests from local residents. The toxic and radioactive waste, mostly condensers and lighting ballasts, contains high concentrations of polychlorinated biphenyls (PCBs) that are harmful to humans, reports Xinhua news agency. Prior to the 2011 Fukushima nuclear disaster, carcinogenic waste was disposed of in regions surrounding the now-stricken nuclear plant. The current load of waste had been earmarked for a facility in the port city of Muroran on the south coast of Japan's northernmost prefecture of Hokkaido, but delivery was postponed due to the nuclear crisis. More than a decade after the crisis, the city of Muroran does not want to be responsible for the now-toxic waste, confirmed by the environment ministry here as being radioactive. Meanwhile, a citizens' group against the delivery voiced their concerns outside the facility that is supposed to detoxify the waste. Sachiko Okura, the group's co-leader said: "Once we accept the waste, it will be forced on us again and again." The production of PCBs, formerly used in industrial and consumer products, was banned in Japan in 1972 following a mass food poisoning outbreak here in 1968 caused by food contaminated with it. The Stockholm Convention on Persistent Organic Pollutants also bans the production of PCBs. /IANS

Mumbai, Sep 17 : Former New Zealand express pace bowler Shane Bond has been appointed as head coach of MI Emirates for the inaugural edition of UAE's International League T20. He will continue to be i […]

Gandhinagar, Sep 17 : Lakhs of teachers and government employees from various departments in Gujarat have gone on Mass Casual Leave (CL) on Saturday despite their association's leaders agreeing to the […]