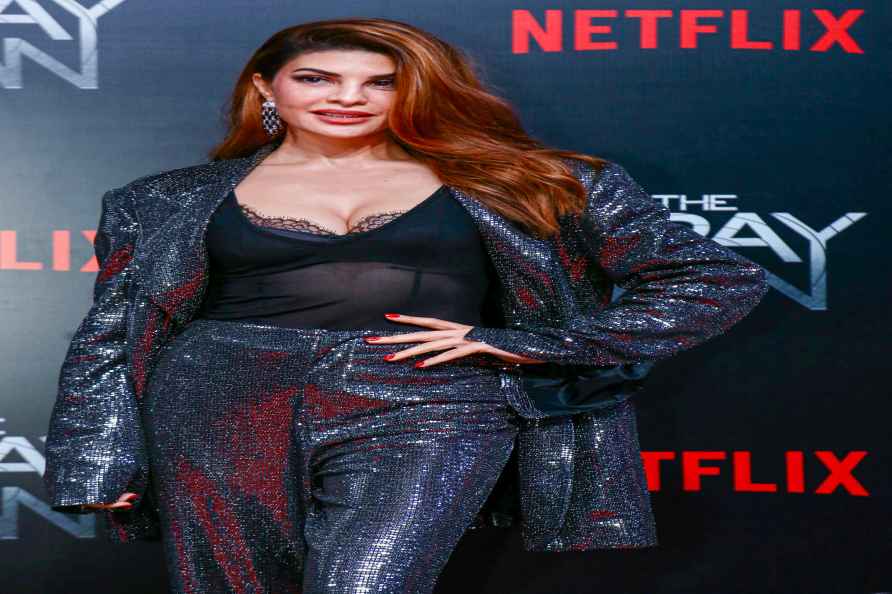 [**EDS: FILE PHOTO WITH PTI STORY DEL 15** Mumbai: In this Wednesday, July 20, 2022 file photo Bollywood actress Jacqueline Fernandez poses for photos at the special screening of the Netflix movie 'The Gray Man' in Mumbai. The Enforcement Directorate (ED) has decided to name Bollywood actor Jacqueline Fernandez as an accused in a multi-crore money laundering case linked to alleged conman Sukesh Chandrashekhar and others. ( /PTI] New Delhi, Aug 17 : Bollywood actress Jacqueline Fernandez has been named as an accused in the Enforcement Directorate's (ED) supplementary charge sheet filed in the Rs 200 crore money laundering case involving conman Sukesh Chandrashekar, claim sources. The ED is likely to file a second supplementary prosecution complaint against the actress before the Patiala House Court on Wednesday. Jacqueline and Nora Fatehi, also a Bollywood actress, have already recorded their statement as witness in the case. Earlier, fixed deposits worth Rs 7.2 crore belonging to Jacqueline were attached by the ED. The probe agency termed these gifts and properties as proceeds of crime received by the actress. In February, the ED had filed its first supplementary prosecution complaint against Pinky Irani, an alleged aide to Chandrashekhar who introduced him to the actresses. It was alleged in the charge sheet that Pinky used to choose costly gifts for Jacqueline and later used to drop it at her house after the payments were made by Chandrashekhar. In December last year, the ED had filed the first charge sheet in this matter before the court of Additional Sessions Judge Praveen Singh. Chandrashekhar has allegedly spent around 20 crore on different models and Bollywood celebs. A few had refused to take gifts from him. According to an excerpt from the charge sheet, Jacqueline says she did receive expensive gifts from Sukesh and that he had also purchased a horse "Espuela". The actress further claimed that he had bought a luxury car for her but she returned it /IANS

Terrorist killed in Srinagar encounter, firing one
Srinagar, Sep 14 : One terrorist has been killed in an ongoing encounter between terrorists and security forces in Jammu and Kashmir's Srinagar distri

Brussels, Sep 17 : Belgian government has adopted a new package of energy measures to help households and businesses cope with soaring energy prices. Thanks to the new measures, the electricity […]

1 killed, 17 injured in explosion in Pakistan

Islamabad, Sep 17 : One person was killed and 17 others were injured in an explosion in Pakistan's southwest Balochistan province, local media reported. The incident took place on Friday evening […]