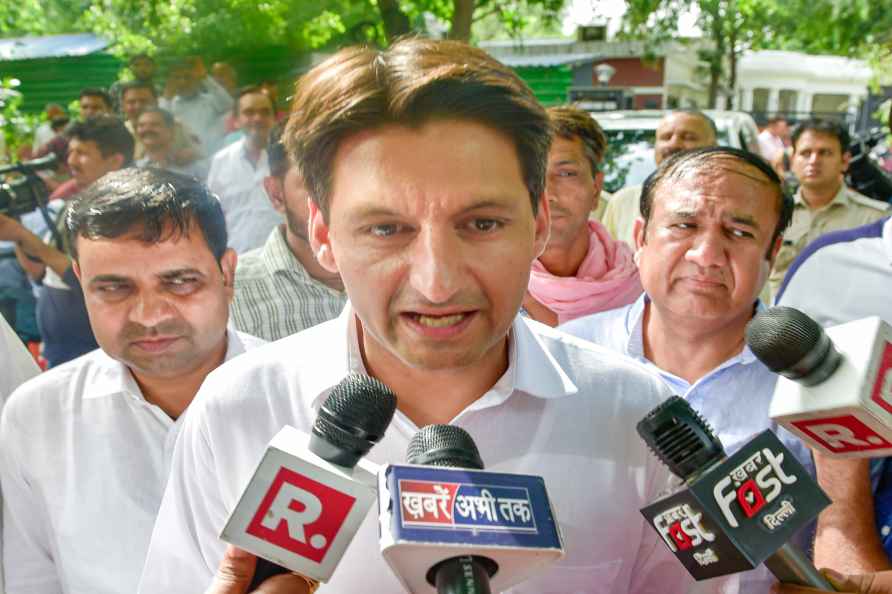 New Delhi, Aug 14 : Hitting back at Jairam Ramesh, the BJP on Sunday said that the Congress and its top leadership is the true parent of Pakistan. The BJP also said that the Congress can't hide its malfeasance, and not face the horrors of Partition, a tragedy it is solely responsible for. In a series of tweets, Congress general secretary Ramesh said that the tragedy of Partition cannot be misused to fuel hate and prejudice. "The truth is Savarkar originated 2 nation theory and Jinnah perfected it," Ramesh stated. Responding to Ramesh, BJP in-charge of national information and technology department Amit Malviya said, The two nation theory was first propounded by Sir Syed Ahmed Khan, founder of Aligarh Muslim University, who gave the idea back in 1876, much before Savarkar was even born (1883). Savarkar and the Hindu Mahasabha were in fact opposed to idea of Partition, till the very end." He said "Savarkar had even opposed the Bengal partition in 1905 and organised the country's first boycott of foreign goods in Pune, in protest. He had been warning the Congress against capitulating to the Muslim League demand of Partition right from 1937." Malviya noted that Hussein Suhrawardy, responsible for the Direct Action killings in Bengal, Sarat Chandr Bose and Kiron Shankar Roy demanded a united sovereign Bengal which would neither go to India nor Pakistan but remain independent with Muslim League Government and remain a Muslim majority province. "It was Dr Syama Prasad Mookerjee who pointed out how it was a ruse to ensure that Bengal eventually, through the Muslim League's majority in the Assembly, would opt to merge with Pakistan. Hence he put forward the demand of dividing Bengal so that the Hindu majority districts opt to vote for staying with India as the province of West Bengal. Interestingly in this he received full support of Gandhi, Sardar Patel and top Congress leadership including BPPC led by Dr B.C. Roy and S.M. Ghose. He had succeeded in making them see through Jinnah's machinations," he said. Malviya mentioned that it was the Congress that readily accepted the Partition demands proposed by Sir Stafford Cripps in March 1942, as Nehru was given the lucrative offer of joining the Viceroy's War Cabinet as Defence Minister. "Country's integrity mattered less than the personal ambition of Nehru," he said. Malviya further mentioned that as early as April 1942 CWC resolution in Delhi conceded the division of India. The BJP leader said, "Rajagopalachari even got the Madras legislature to pass a resolution favouring Pakistan even before Jinnah had made a formal demand. The Congress and its top leadership is the true parent of Pakistan." "The Congress therefore can't hide its malfeasance and not face the Horrors of Partition, a tragedy, it is solely responsible for. Ignoring our past, however uncomfortable, is a disservice to those who suffered. Partition Horrors Remembrance Day is a day to stand in solidarity," Malviya added. /IANS

Srinagar, Sep 17 : The body of a minor girl picked up by a leopard in Jammu and Kashmir's Uri border area was found, Police said. The Police added that a minor girl identified as Munizah was put […]

I never imagined this kind of success: Author Chetan Bhagat

By Sukant Deepak New Delhi, Sep 17 : He is now ten novels and three non-fiction books, five of his novels have been adapted into Hindi films, he was included in Time magazine's list of 'World's 100 […]