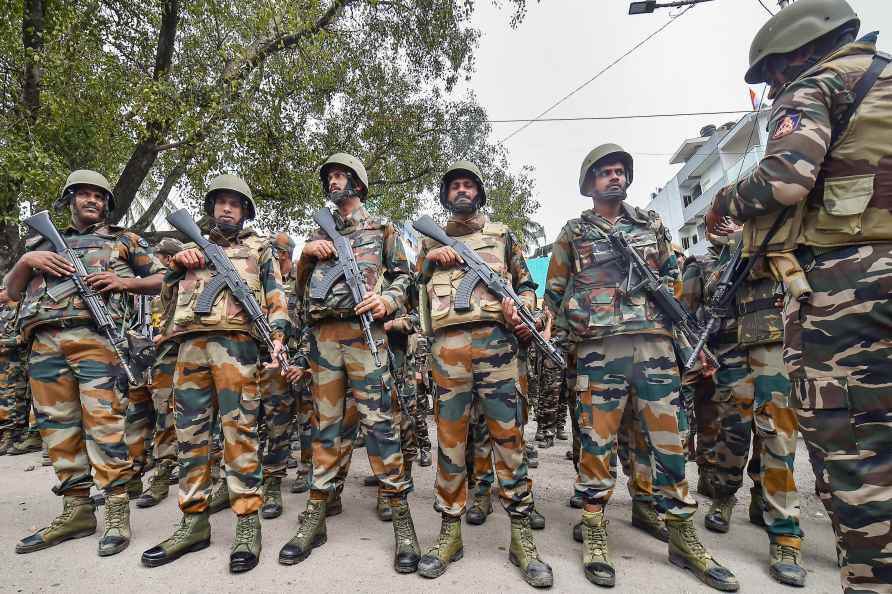 [Bengaluru: District Special Weapons and Tactics Team (D-SWAT) team during a flag march amid controversy over the disputed Idgah Maidan, on the eve of 76th Independence Day, at Chamrajpet area in Bengaluru, Sunday, Aug. 14, 2022. Karnataka government has directed police to hoist the national flag and celebrate Independence Day at the maidan. ( /PTI] By Narendra Puppala Bengaluru, Aug 14 : Apart from the 75th anniversary of India's freedom, Independence Day this year will also mark the 49th anniversary of a unique 'Sunday Clinic' that serves the people of around 50 villages on the outskirts of Karnataka's capital city - Bengaluru. It's no mean achievement, especially considering that Dr Ramana Rao's Sunday Clinic has served 2.6 million patients so far. Since August 15, 1973, every Sunday, come rain or shine, the Padma Shri awardee has been travelling to T. Begur, a small village about 30 km away from Bengaluru. In short, his clinic has become a lifeline to medical care and health for villagers in the vicinity. "It's become a habit now. When it's Sunday morning, I automatically set out for T. Begur," Dr Rao told IANS. As day breaks, it feels as if all roads lead to T. Begur. By foot, two-wheelers, bullock carts, and tractors, villagers in their hundreds, descend upon the village from as far as 50 km away. For the whole day, T. Begur transforms into a sprawling medical camp, as he and his team of doctors, medical assistants, and volunteers get down to the mission. Dr Rao's wife, two sons, daughters-in-law, and grandchildren - take part enthusiastically in the Sunday Clinic activities. Inspired by Mahatma Gandhi's quotation that India's soul lives in its villages, Dr Rao decided to do his mite for village folk, many of whom cannot access or afford quality medical care. "I had gone to the village to explore the possibility of purchasing some land. I saw an old women was wheezing heavily and unable to even sit. All her relatives had given up on her survival. I immediately examined her and gave her some medicines from my emergency medical kit. Within half an hour she had recovered a lot. I immediately decided to set up my hospital in T. Begur as it was clear that people in the area need medical attention regularly," he explained. It was on August 15, 1973, that the Sunday Clinic was first established. Operating from under a makeshift tent, young Dr Rao began treating the villagers without charging them for his services. A practice he follows to this day. Apart from diagnosis and treatment, the patients are provided with free medicines to last them till the next week's visit. Free food is also provided to all the patients and their attendants too at the Sunday Clinic. "A lot of well-wishers and corporates come forward to help us out with medicines and other supplies, which we provide to the patients," Dr Rao said. From diabetes, and skin ailments, to dental issues and cardiac problems, Dr Rao and his team handle every medical complaint with compassion and instil confidence in the patients. By the end of day, the clinic treats close to a thousand patients on average. Dr Rao's yeoman services have not gone unnoticed. The Guinness Book of Records featured him when he touched the 'million patients' milestone while India's Limca Book of World Records acknowledged the Sunday Clinic as the world's oldest and longest serving one. "With good intentions and determination, even one person can make a positive difference. The change need not happen in big cities. It is possible in small villages too," the doctor in his seventies explains. As it stands poised to enter its fiftieth year, Dr Rao's Sunday Clinic at T. Begur, continues to attract villagers for the quality medical treatment it provides absolutely free to villagers. It's a testimony to the trust and faith his selfless service has inspired in more than a million patients over 49 years. /IANS