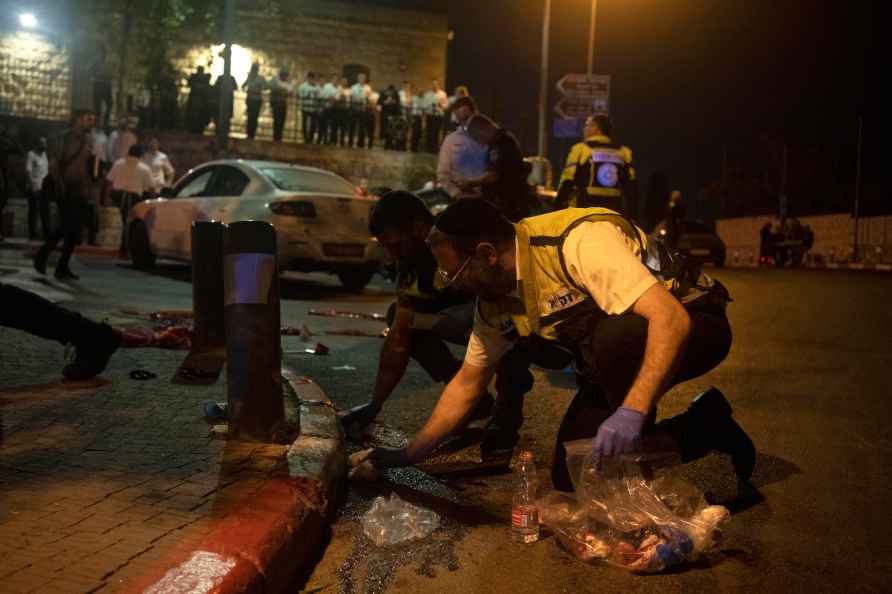 [Volunteers with Zaka rescue service clean blood from the scene of a shooting attack that wounded several Israelis near the Old City of Jerusalem, early Sunday, Aug. 14, 2022. Israeli police and medics say a gunman opened fire at a bus in a suspected Palestinian attack that came a week after violence flared up between Israel and militants in Gaza. /PTI] Jerusalem, Aug 14 : A gunman shot at a bus in Jerusalem's Old City early Sunday, injuring at least seven people, local reports said. Two people were seriously wounded during the shooting, which occurred near the Western Wall, a holy site for Jewish prayers, Xinhua news agency reported quoting local police and medics. Israel's emergency medical services, the Magen David Adom, called the incident a "terror attack in the Old City." According to local media, the spot was cordoned off and Israeli police have dispatched staff to pursue the suspected attacker. /IANS