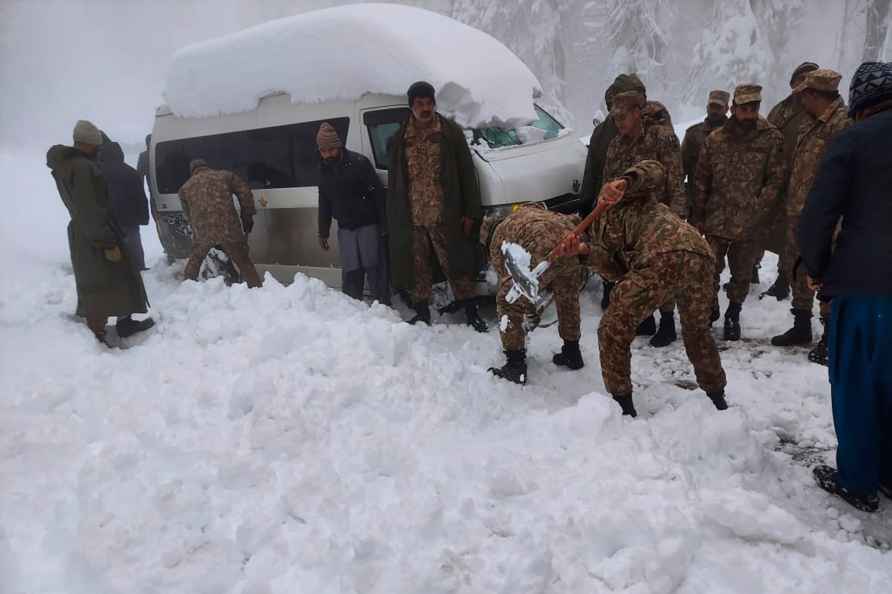 Paris, Aug 13 : France is currently reeling under a third heatwave of this summer season, with temperatures soaring to 38-41 degrees Celsius, weather officials said. The heatwave, which began on July 31 and mainly concerned the Mediterranean regions until the beginning of the week, has now spread to the southwest and the Atlantic coast, reports Xinhua news agency citing Meteo-France, the country's national meteorological service, as saying. Although less intense than the heatwaves in June and July, the current soaring temperatures have lasted longer on a national scale, it added. The country experienced a historic deficit of rain in July, with barely any notable precipitation at the beginning of August except for a few thunderstorms, particularly in the Alps, Corsica, and the Pyrenees. Therefore, this new rise in temperatures will further aggravate an already intense soil drought across a large part of the country, warned Meteo-France. On a national level, since July 17 France has set a new daily record for soil drought since records began in August 1958. In the southeast of the country, this extreme drought began even earlier. The daily record has been broken every day since the beginning of July in Corsica, and since mid-May in the Provence-Alpes-Cote d'Azur region. As of August 8, the soil drought situation is affecting the entire territory of Metropolitan France, which constitutes a major event comparable to the droughts of 1976 and 2003, according to Meteo-France. /IANS

Apple makes iPhone 14 series more climate-friendly with recycled elements
New Delhi, Sep 12 : In a bid to save the environment from the harmful impact of various metals in devices, Apple has designed the new iPhone 14 series