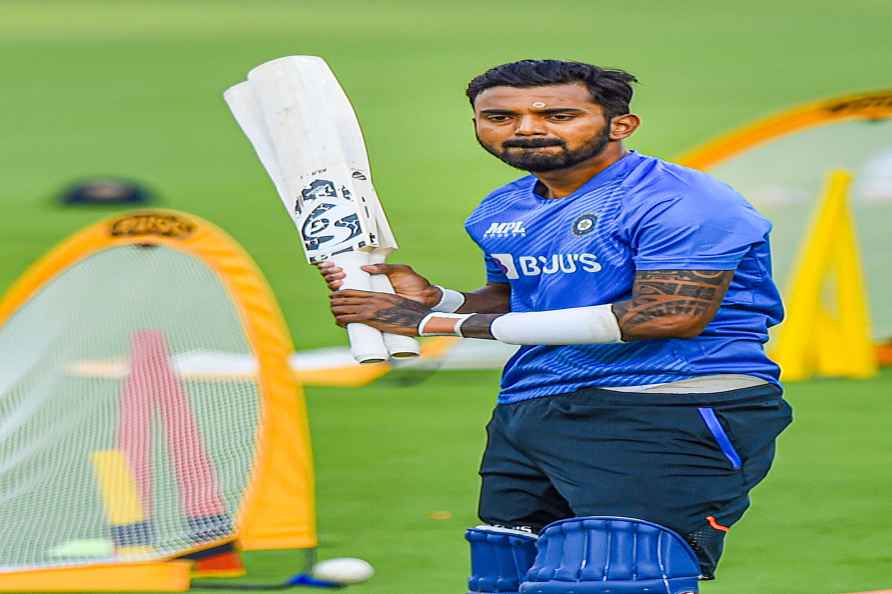 By Niharika Raina New Delhi, Aug 13 : Since the second ODI against West Indies on February 9 in Ahmedabad, KL Rahul hasn't played international cricket. An upper left hamstring strain while fielding in the second ODI ruled him out of action till he captained Lucknow Super Giants in IPL 2022 and scored 616 runs in 15 matches to be the second-highest run-getter in the competition. Right after IPL, he was named as captain for the five-match T20I series at home against South Africa in June. But a right groin injury on the eve of the first match in New Delhi ruled him out of the series. Rahul travelled to Germany to undergo a sports hernia surgery, ruling him out of the England tour. He was set to return during India's T20I series against West Indies, but a positive Covid-19 test ahead of the tour meant he wasn't included in the trip to the Caribbean. Last week, he was included in the squad for the Asia Cup and on August 11, he was added to the ODI squad for the three-match series against Zimbabwe as the captain. Former India left-arm spinner Maninder Singh feels that with Rahul coming back to the side after a long time away due to injuries, the challenge for the right-handed opener to get back into his usual rhythm will be huge. "There are a lot of players who if (they) come into rhythm, will be great for the Indian team. KL Rahul hasn't played for a long time due to injuries. He will get a chance to play some international cricket because no matter how big a cricketer you are, when you are making a comeback after injury or layoff, it's not that easy. For that, picking a rhythm is really important," said Maninder in an exclusive interaction with IANS organised by Sony Sports Network. Maninder also pointed out that the three-match ODI series against Zimbabwe will be crucial for young left-arm pacer Arshdeep Singh, who has picked nine wickets in six T20Is till now. In the series against the West Indies, Arshdeep picked seven wickets in five matches, impressing people with his disciplined bowling to be adjudged 'Player of the Series'. "If you see from that perspective, it is important for KL Rahul and also for many youngsters, like Arshdeep Singh, who has been very effective in the white-ball matches he has played till now. If he performs consistently, then for the coach, captain and selectors, the trust in him will increase further. "Though I have taken only two names, it is a chance for everyone because in international cricket, it is very important to be prepared mentally and being strong. If you are doing well in one or two matches but not able to perform consistently, then your mental strength is known. So, all of that is there to gain for the Indian team, the youngsters, especially for the think-tank," added Maninder. Just like Rahul, off-spinning all-rounder Washington Sundar has had a stop-start year. Testing positive for Covid-19 meant he was forced to miss ODIs against South Africa in January after missing the England tour and second half of IPL 2021 due to finger injury. Though he did play ODIs against West Indies in February, Washington was ruled out of subsequent T20Is against them and Sri Lanka due to a hamstring injury. During IPL 2022, he injured his bowling hand while playing for Sunrisers Hyderabad and had to miss a couple of matches. He then underwent rehabilitation at the National Cricket Academy (NCA) in June. Washington then linked up with Lancashire to play in three County Championship matches and the entirety of the Royal London One-Day Cup. On Wednesday, Washington suffered another injury scare when he landed heavily on his left shoulder while diving on the field during a Royal London One-Day Cup match against Worcestershire, leaving his participation for the ODIs against Zimbabwe in doubt. Maninder, who played 35 Tests and 59 ODIs for India, feels that Washington needs to work harder on his fitness to avoid getting injured frequently. "It's not easy for anyone to be injured frequently after playing a series or couple of matches. In between, when a break comes, you have to work hard, which is not at all easy for any player. In this context, the advantage of getting to play in County Championship is he is getting to bowl a lot of overs in matches. "No matter how much bowling you do in the nets, the bowling you do in a match is the real preparation when you are aiming to play international cricket. It's advantageous that he is getting to play in County Championship but a lot of his talent is getting wasted due to injuries. So, he needs to put in some more work on his fitness. "He is a very talented cricketer, not only with his off-spin, but also with the batting too. He contributed with the bat whenever he got a chance, like in the (Gabba) Test we won against Australia. I only hope that the injuries which happen often, he stays away from it and work little more on his fitness." India tour of Zimbabwe will be broadcast on Sony Sports Network from August 18 to 22. /IANS