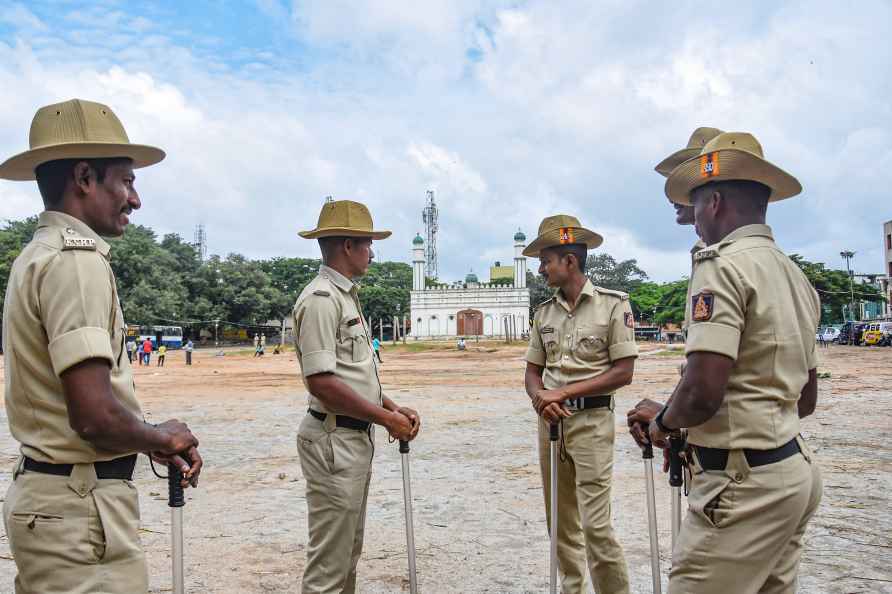 Bengaluru, Aug 11 : The Idgah Maidan row appeared to be escalating as the ruling BJP was all set to celebrate festivals at the controversial site located in Bengaluru's Chamarajpet. Chief Minister Basavaraj Bommai on Thursday stated that festivals and national events will be lawfully held on the ground. Congress MLA and former Minister Zameer Ahmad Khan had earlier said the celebration of the Ganesh festival will not be allowed at the controversial site. National General Secretary and BJP MLA C.T. Ravi challenged Khan, saying, "Who is Zameer Ahmad Khan to give permission to celebrate a Hindu festival? The property is not owned by his father." "We will celebrate Ganesh festival with all fervor. No one can stop us... This is a Hindu nation and not an Arab country where we need permission to celebrate Hindu festivals," he stated. Meanwhile, the intelligence authorities have suggested that the celebration of any festival could lead to disturbance in the region. The report has been submitted in this regard, police sources stated. Meanwhile, the police have filed an FIR against Bhaskaran, an activist of a Hindu organisation for stating that he would destroy the Idgah tower at the controversial site. CM Bommai clarified that the Idgah Maidan belonged to the revenue department. When asked about Congress MLA Zameer's statement, the Chief Minister maintained that "no matter what statement is given, law is important". The police have held peace meetings with the Muslim community leaders and requested them not to get provoked with social media posts. /IANS