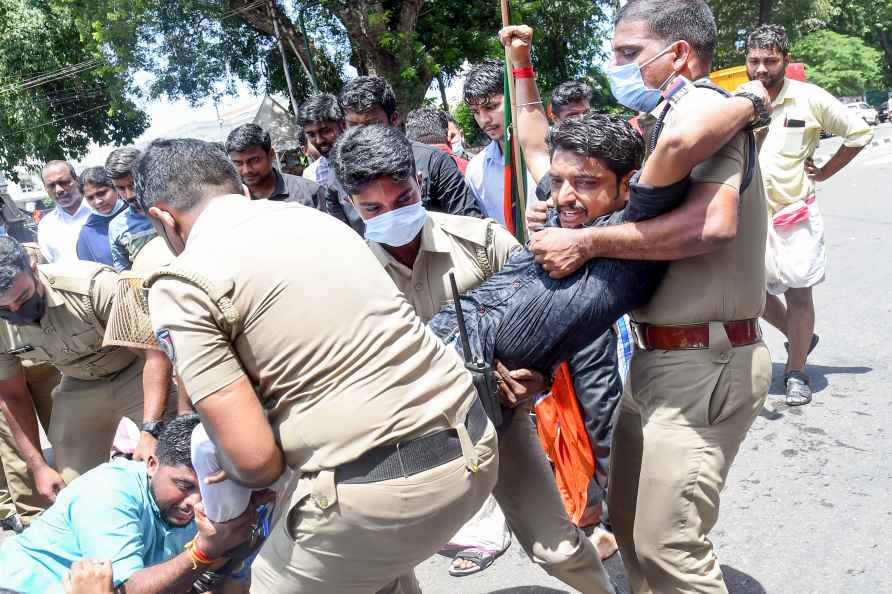 Thiruvananthapuruam, Aug 11 : Playing the waiting game, the Congress on Thursday decided not to get involved in the love-hate relationship between Kerala Governor Arif Mohammed Khan and the Pinarayi Vijayan-led Left. Speaking to the media, Leader of Opposition V.D.Satheesan said they have no interest in becoming a party to the recent developments featuring Khan and Vijayan. "We are not going to get involved. Our role is to express our thoughts and views and like always, we will point out if there are deviations. We have all seen that these tiffs do surface at regular intervals between them and blows over when Vijayan calls on the governor," said Satheesan referring to the Kannur University matter. For the past few days, Khan has been blowing hot, after he failed to ink 11 Ordinances which the Vijayan government sent to him for re-promulgation. Consequent to Khan not signing, the 11 Ordinances lapsed. On Wednesday, Vijayan decided to convene a special session of the Assembly starting August 22, which would be solely for legislation and through this, he will be able to get the better of Khan. With Vijayan now having the last laugh, the scene will now shift to the Assembly and that's what Satheesan and the opposition is looking forward to. In the recently-concluded session, Vijayan was on a few times cornered in the gold smuggling case revelation and with more and more serious revelations surfacing form the prime accused Swapna Suresh, it could be fodder for the opposition. /IANS

Britain's King Charles III waves to the crowd after a Service of Prayer and Reflection for the life of Queen Elizabeth II, at Llandaff Cathedral in Cardiff, Wales, Friday Sept. 16, 2022. The Royal cou […]