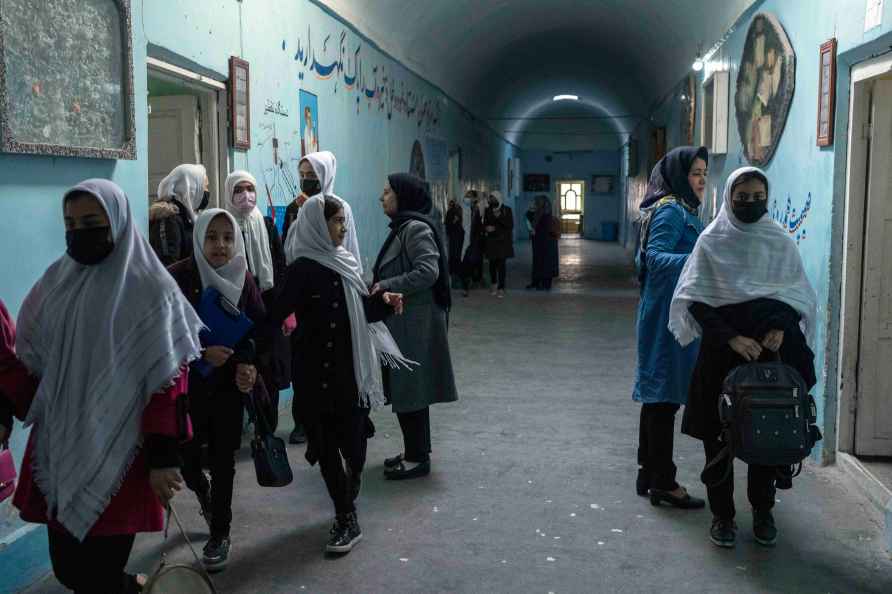 Kabul, Aug 11 : More than 400 private schools across Afghanistan have closed their doors due to various reasons, including economic problems, a local news outlet said in a report on Thursday. The TOLO News report citing Zabihullah Furqani, a member of the Union of Private Schools, said that many students gave up school due to poverty, while girls from grade six to 12 cannot attend classes under the current restriction, reports Xinhua news agency. Zabihullah Mujahid, chief spokesman of the Taliban-run administration, has reportedly said that the restriction on girls attending schools is based on religious reasons. Earlier, the administration's education ministry said that the closure of girls schools above grade 6th is temporality and would resume within the framework of Sharia, or Islamic laws, in the future. TOLO News quoted Mohammad Daud, the former head of the Union of Private Schools, as saying that thousands of people would lose their job with the closure of the schools. Afghanistan has been facing extreme economic problems since the US government froze nearly $10 billion assets of the country's central bank following the August 2021 Taliban takeover. According to the Unicef, an estimated 3.7 million children are currently out-of-school in Afghanistan, 60 per cent of which are girls. /IANS