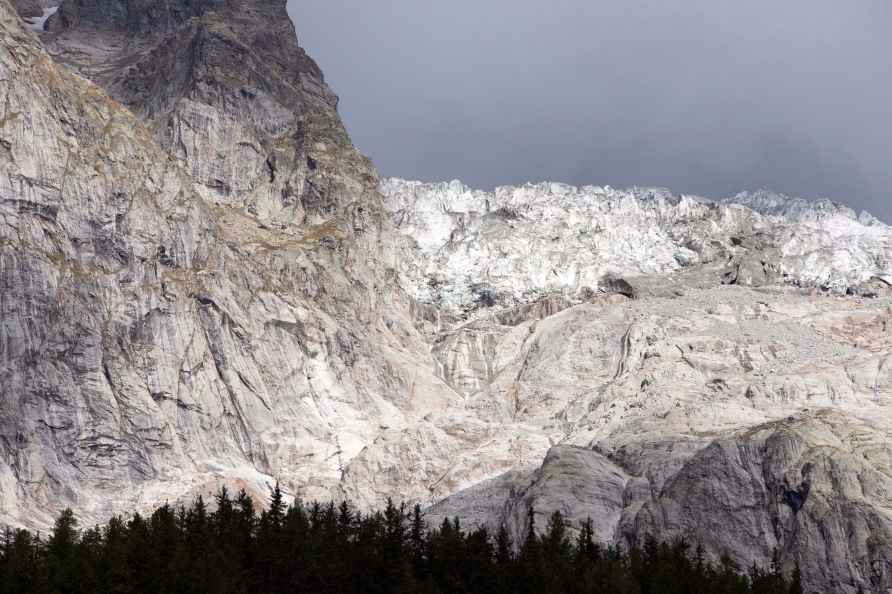 Rome, Aug 11 : More than 200 major Alpine glaciers have disappeared in Italy since record-keeping began in 1895, the country's environmental lobby group Legambiente said in a report. In its third "Caravan of the Glaciers" report, Legambiente said the latest findings verified "the dramatic regression of glaciers due to the climate crisis". The group said Alpine temperatures are rising twice as quickly as temperatures are rising at sea level, and the ground snow has decreased every year since 2012, reports Xinhua news agency. The report was produced as a way to inform policymakers regarding policies of sustainable development, said the Legambiente. It was produced by the group in partnership with the Italian Glaciological Committee. The phenomenon is thought to have wide-ranging consequences. "The rapid retreat of glacial fronts not only leads to the loss of fascinating landscapes and biodiversity, but it also amounts to the disappearance of important fresh water reserves," the report said. The lack of fresh water coming from glacial reserves is a major contributor to the drought gripping most of Italy and threatening to reduce agricultural output, especially in northern Italy, where water from glaciers is a key part of the area's ecosystem, noted the report. Another key impact involves public safety, said the report. Last month, 11 hikers died when a melting glacier caused a massive avalanche on the Marmolada in Italy's Dolomite Mountains. Officials and experts attributed the tragedy to scorching temperatures. /IANS

Melbourne, Sep 14 : Charismatic Australia all-rounder Glenn Maxwell has predicted the country's T20I skipper Aaron Finch will find form in the upcoming series against India, given that the 35-year-old […]

Panaji, Sep 14 : Dinesh Gundu Rao, the in-charge of Congress in Goa, on Wednesday termed the act of MLAs who joined the BJP as 'height of betrayal' and 'shamelessness'. "People of #Goa voted for […]

BYJU'S clocks Rs 10,000 cr sales in FY22, Raveendran to double down on growth