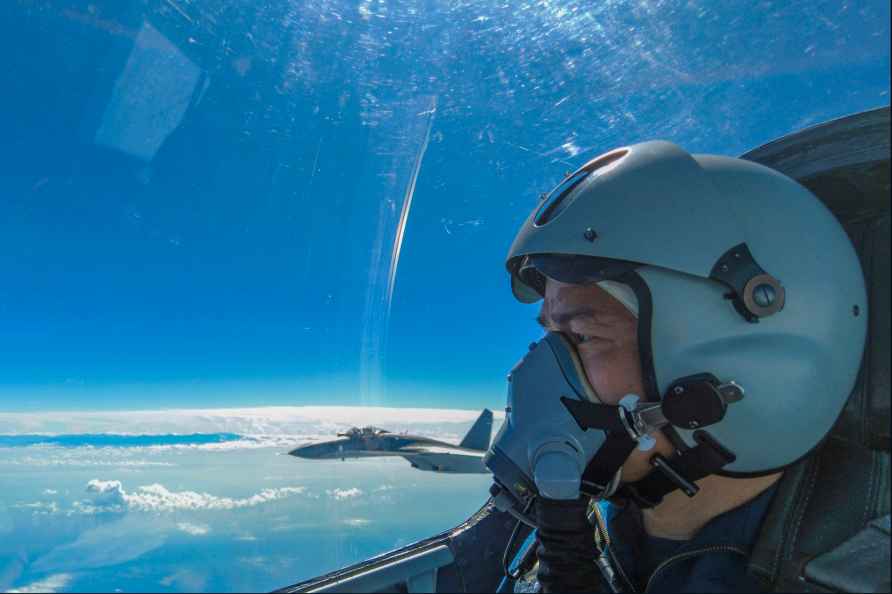 Beijing, Aug 11 : China's military exercises around Taiwan have been "successfully" completed for "the time being", the eastern command of the People's Liberation Army (PLA) announced, easing a crisis that had escalated fears about the risk of armed conflict. Through joint military operations by the armed forces in the sea and air space around the island, the combat capability of the army had been "effectively tested", dpa news agency quoted the PLA as saying on Wednesday evening. However, changes in the situation in the Taiwan Strait would continue to receive close attention and "regular patrols" are planned. Military training and other preparations will also continue, the PLA command said, adding that it would "resolutely protect" China's sovereignty and territorial integrit. In response to a visit to Taiwan by the Speaker of the US House of Representatives Nancy Pelosi last week, China had been conducting large-scale military exercises around the self-governing island. It was originally announced that the "combat exercises" were to end on Sunday, but they were then extended. Taiwan's Ministry of National Defence said late Wednesday that its armed forces will flexibly adjust their stance in accordance with threats posed by the enemy and the regional characteristics. According to the Ministry, as of 5 p.m. Wednesday, 10 Chinese navy warships and 36 warplanes were detected in the region surrounding Taiwan over the course of the day. Among them, 17 Chinese jet fighters crossed the median line of the Taiwan Strait, it said. Earlier, China had again threatened to take Taiwan by military means if necessary. "We will work with the greatest sincerity and exert our utmost efforts to achieve peaceful reunification," it said in a white paper on the Taiwan issue published by the Chinese government on Wednesday morning. "But we will not renounce the use of force, and we reserve the option of taking all necessary measures." China has repeatedly made similar threats regarding Taiwan in the past. "We want to make it clear here that the people of Taiwan hope to see peace. We don't provoke, We don't escalate conflicts. Taiwan will never retreat when we defend sovereignty and national security," Taiwan President Tsai Ing-wen said on Wednesday afternoon at a meeting of her Democratic Progressive Party (DPP). The Mainland Affairs Council (MAC), Taiwan's government agency on policy dealings with Beijing, said that the white paper conveyed false statements. The MAC clarified that the fact of the status quo is that Taiwan insists that the two sides of the Taiwan Strait are not subordinate to each other and Taiwan rejects the model of "One Country, Two Systems" that Beijing used to bring Hong Kong back under its control. The Council urged Beijing to acknowledge Taiwan's constitutional system, which upholds democracy and freedom, and urged it further not to violate Taiwan's sovereignty. The Council also called on democratic partners in the world to continue to support Taiwan. The Chinese leadership rejects official contact by other countries with Taiwan because it regards the island as part of its territory. Taiwan, on the other hand, has long seen itself as independent. /IANS

Finance Minister calls for training of tax personnel for better tech usage
New Delhi, Sep 14 : Finance Minister Nirmala Sitharaman on Wednesday lauded the efforts of the Central Board of Indirect Tax and Customs (CBIC) and un

CUET-UG: 12 candidates score 100 percentile normalised score in all 5 subjects, while 104 got in 4 subjects.