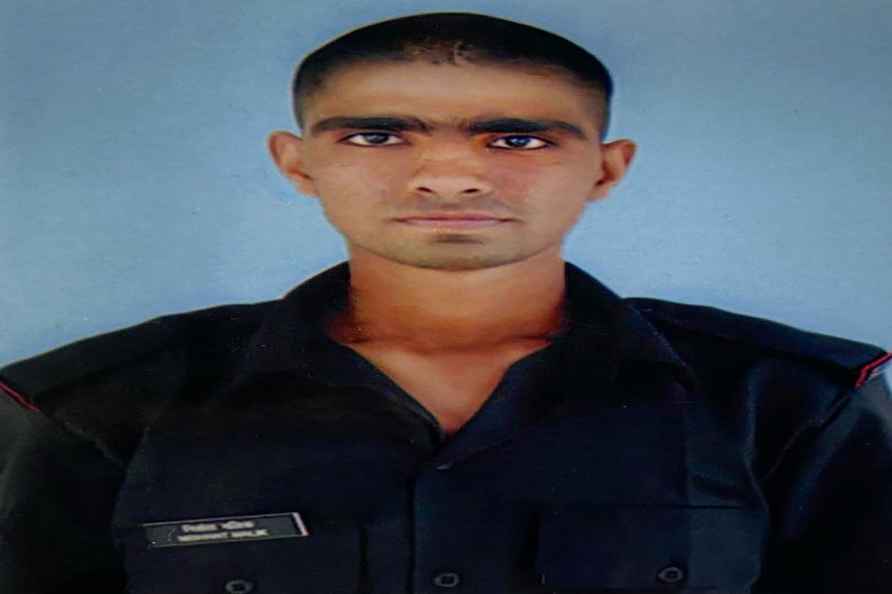 [New Delhi: In this undated photo, Rifleman Nishant Malik who was injured in a militant attack in J&Ks Rajouri district succumbed to injuries, on Thursday, Aug. 11, 2022. Four army men and two fidayeen (suicide attackers) were killed in a pre-dawn attack on an army camp in the border district. ( /PTI] Jammu, Aug 11 : An army soldier who was injured while fighting the terrorists on Thursday in Jammu and Kashmir's Rajouri district succumbed to his critical injuries in the hospital. With the death of the injured soldier, the toll in Thursday's foiled 'Fidayeen' (Suicide) attack in Rajouri district has reached six. Two terrorists and 3 army soldiers were killed earlier when a suicide attack by the heavily armed terrorists was foiled in Rajouri district. A Defence statement said on Tuesday evening: "Rifleman Nishant Malik who was injured while bravely fighting and eliminating 2 terrorists in Pargal, Rajouri has succumbed to injuries. "Indian Army condoles the loss of braveheart and stands in solidarity with his family," it added. Malik was a resident of Adarsh Nagar village in Haryana's Hisar. /IANS

CUET-UG: 12 candidates score 100 percentile normalised score in all 5 subjects, while 104 got in 4 subjects.