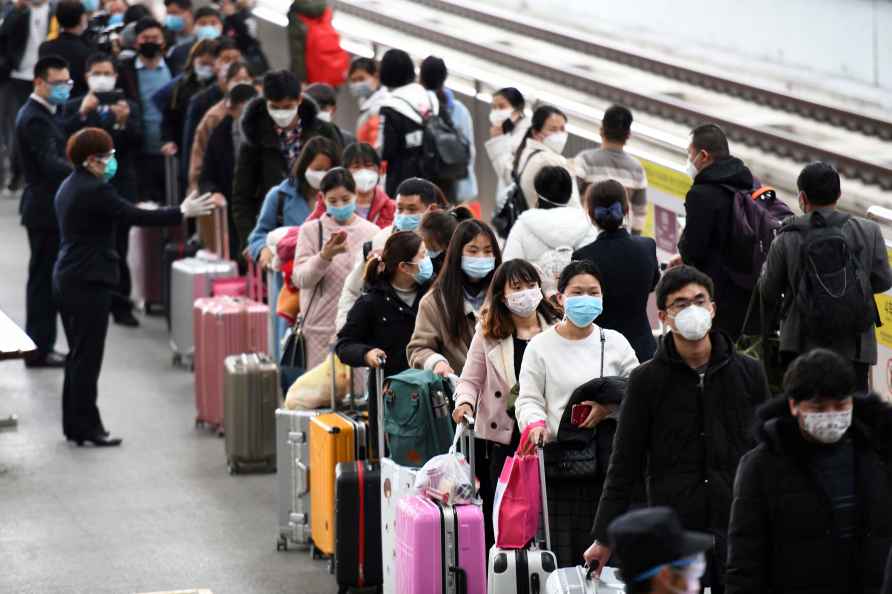 Beijing, Aug 10 : Typhoon Mulan, the seventh of this year, made landfall in the coastal areas of Xuwen county in China's Guangdong province, on Wednesday, according to the local meteorological department. The typhoon is expected to move in a north-west direction at a speed of about 20 km per hour, before entering the Beibu Gulf on Wednesday afternoon, with its intensity gradually weakening, reports Xinhua news agency. The department predicted that there will be heavy wind and rain in Guangdong between Wednesday and Thursday morning. Schedules of several high-speed rail lines and flights in Guangdong have been temporarily adjusted, and customs clearance has been suspended at relevant ports. As of Wednesday morning, all flights at Zhanjiang Wuchuan Airport were cancelled. /IANS

Dry weather likely to continue in J&K: MeT
Srinagar, Sep 30 : The Meteorological (MeT) department on Friday forecast dry weather in Jammu and Kashmir during the next 24 hours. "Dry weathe

Egypt urges world to 'act now' as it sets out COP27 vision
Cairo, Sep 30 : Egypt has set out a vision for the 27th session of the Conference of the Parties (COP27) to the UN Framework Convention on Climate Cha

**EDS: SCREENGRAB FROM A VIDEO POSTED BY Narendra Modi YOUTUBE CHANNEL** New Delhi: Prime Minister Narendra Modi with businessman Mukesh Ambani and his son Akash Ambani during the inauguration of the […]

Bengaluru, Sep 30 : Coming down heavily on the Congress for demanding a ban on the Rashtriya Swayamsevak Sangh (RSS) on the lines of the Popular Front of India, the ruling BJP has equated the PFI wit […]

Beijing: In this photo released by Xinhua News Agency, a Chinese honor guard march to a flag raising ceremony to mark the 73rd anniversary of the founding of the People's Republic of China held at the […]

Inoki,who was battling an illness, died