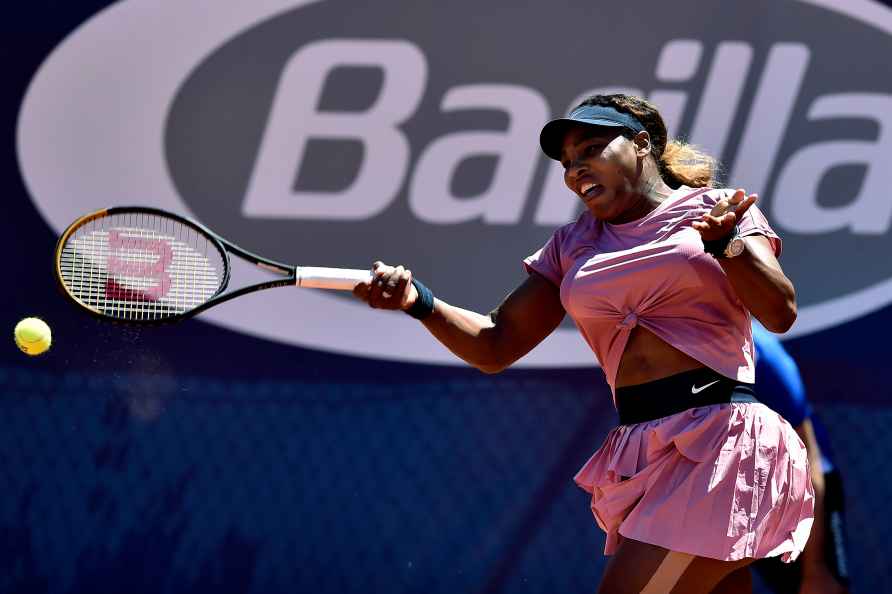 Toronto, Aug 9 : Serena Williams won her first singles match since last year's French Open with a first-round victory over world No. 57 Nuria Parrizas Diaz of Spain in Toronto. The 23-time Grand Slam champion, whose long-awaited return from injury this year ended in an early exit at Wimbledon, won 6-3, 6-4 in just under two hours at the National Bank Open, DPA reports. It was the first time Williams, in only her second appearance of the year, had won a singles match since beating Danielle Collins at Roland Garros on June 4, 2021. Wimbledon champion, Kazakhstan's Elena Rybakina also won her first match since her triumph at the All England Club, although she needed three hours to overcome Marie Bouzkova of the Czech Republic 7-5, 6-7, 6-1. In the men's section, Finland's Emil Ruusuvuori collected a big-name scalp on the opening day of the Canadian Open, defeating three-time grand slam winner Stan Wawrinka 6-3, 3-6, 6-3. Although the 37-year-old Wawrinka is no longer at his best -- he is ranked 322nd in the world -- he still put up a strong fight against his 23-year-old opponent, creating eight break point opportunities in the match while facing nine. Ruusuvuori will play eighth seed Hubert Hurkacz of Poland in the second round in a tough matchup, while Slovakia's Alex Molcan will play fourth seed Casper Ruud of Norway after defeating American Mackenzie McDonald 7-6 (7-1), 6-4. Molcan's advantage was in his serve, winning 74 per cent (49-of-66) of his service points compared to 59 per cent (49-of-83) for McDonald. In a clash between a pair of top-30 talents, Russia's Karen Khachanov got the better of Argentina's Francisco Cerundolo 7-6 (7-4), 5-7, 6-3. He will play the winner between 13th seed Marin Cilic and Croatia's Borna Coric next. Recent runner-up of the Atlanta Open Jenson Brooskby had no issues with Kazakhstan's Alexander Bublik, winning 6-2, 6-3, and he will likely play Roberto Bautista-Agut in the second round as the Spaniard leads 7-6 (7-5), 2-1 with a break in the second set when a rain delay ended the day's play. One of Canada's top hopes, Denis Shapovalov, will have his back against the wall when his match resumes against Alex de Minaur of Australia, losing the first set 7-5, with the rain arriving in the middle of the second-set tiebreaker. /IANS

I'm not someone that's going to give up, asserts Jabeur after US Open loss to Swiatek
New York, Sep 11 : Ons Jabeur asserted following her loss to world No.1 Iga Swiatek in the US Open women's singles final that she is not going to give

Jack Harlow details how he lost his virginity 'twice'

Los Angeles, Sep 12 : Rapper Jack Harlow shared information about his private life during a recent gig in Tennessee. When taking the stage, the 'Industry Baby' hitmaker detailed how he lost his virgin […]